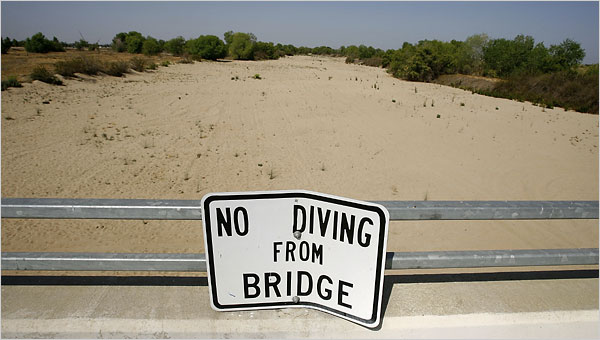 I remember a couple of years ago, T. Boone Pickens was doing the rounds on news and talk shows trying to convince the nation to end their addiction to oil…by starting a new addiction to natural gas. He went as far as buying a proposition on the California ballot that would slash and limit the ability to use solar and other renewable fuels and force the state to convert to natural gas in government owned vehicles including buses, vehicle fleets, etc. Back then his greedy proposition failed but look around today in the era of fracking and it’s clear that he and he cohorts have won big time.

T. Boone Pickens is the quintessential greed-driven, environment destroying ruthless Texas oil man, famous for being a corporate raider and a big financier for the fraudulent Swift Boat attacks on John Kerry during his 2004 Presidential  bid. And he and his hedge fund, BP Capital are heavily leveraged into natural gas…what a coincidence!

Pickens and the rest of the oil company folk have all gotten behind natural gas and are in the midst of doing for our water supply, what their fossil fuel industry has done to our ozone layer and climate.

If you haven’t seen Gasland or its recent sequel, Gasland 2, you still may have heard the dirty truth about fracking. Here’s the sobering trailer for Gasland 2:

People who live on land where fracking is going on (sometimes they unknowingly have horizontal drilling coming from a distance away and don’t even know what’s going on) have experienced gas infiltration into their ground water supply so their water is toxic and can actually be lit on fire. Many of these people are now forced to pay on their own for trucks to deliver water to them because the toxic fracking chemicals have poisoned their water. Some have even been forced to move off of their land because of how the toxicity around them is making them and their children ill. Meanwhile, the fracking oil/gas companies use their wealth and power to keep residents from having an easy time taking any recourse with their government or in the courts.

Putting aside the greater pollution natural gas causes to the atmosphere because of massive amounts of escaped gas and exhausts during processing…as well as the unprecedented earthquakes following the use of this earth fracturing process, the enormous amount of water they poison with toxic fracking chemicals and inject into the ground to shatter it and release the natural gas will be a key factor in creating a water shortage in America.

From an article on this by the Energy Collective:

All shale gas wells drilled and completed in the United States in 2011 consumed on the order of 135 billion gallons of water.

In towns that already have little water such as those suffering through ongoing drought (more on this below), the massive usage of water for fracking can profoundly harm water availability right now as this USA Today article describes:

What’s exacerbating water worries in parts of Texas is water-intensive fracking, which is taking off in some of the state’s driest areas.

Half of Texas’ oil and gas wells were in “high or extremely high water stress” regions, according to a report in May by Ceres, a Boston-based nonprofit that promotes corporate sustainability. Nationwide, the report says, 47% of these wells are in water-stressed areas.

In Texas, water for fracking jumped 125% in three years and will continue to increase before leveling off in the 2020s, according to a University of Texas-Austin study this year by research scientist Jean-Phillippe Nicot.

And this from a Guardian Article on a town that has run out of water after a fracking operation set up shop in their town:

Beverly McGuire saw the warning signs before the town well went dry: sand in the toilet bowl, the sputter of air in the tap, a pump working overtime to no effect. But it still did not prepare her for the night last month when she turned on the tap and discovered the tiny town where she had made her home for 35 years was out of water.

“The day that we ran out of water I turned on my faucet and nothing was there and at that moment I knew the whole of Barnhart was down the tubes,” she said, blinking back tears. “I went: ‘dear God help us. That was the first thought that came to mind.”

In Barnhart’s case, the well appears to have run dry because the water was being extracted for shale gas fracking.

Three years of drought, decades of overuse and now the oil industry’s outsize demands on water for fracking are running down reservoirs and underground aquifers. And climate change is making things worse.

Shrinking supplies of water may be a catastrophe for all Americans but it would be a massive boon to others including one beloved corporation in particular, Nestle.

Yep, those toll house cookie folks are intending to take a big toll on people’s ability to have life sustaining water. And don’t just take it from me, here’s what the current Nestle Chairman said about it:

“Water is of course the most important raw material we have today in the world. It’s a question of whether we should privatize the normal water supply for the population. And there are two different opinions on the matter. The one opinion, which I think is extreme, is represented by the NGOs, who bang on about declaring water a public right. That means as a human being you should have a right to water. That’s an extreme solution. And the other view says water is a foodstuff like any other. and like any other foodstuff it should have a market better. Personally I think it’s better to give foodstuff a market value . . .”

Here’s the video, you can watch him say it for yourself (via subtitles unless you speak German), skip to 2:06 to see him start the above speech:

So why should anyone care that a chocolate and candy company thinks that corporations have every right to monopolize drinking water and only provide it to those who will pay them what they demand for it?

Because Nestle isn’t just a candy company, they are approaching a monopoly on the drinking water industry in the US (but have already established water monopolies elsewhere in the world). There’s a good chance that the last bottle of water you had was probably owned by Nestle. Perhaps you had Arrowhead? Or maybe Calistoga? Maybe you sipped a Perrier? If not, could it have been a Poland Springs? How about a San Pellegrino? Am I getting warm? If so, I may need a drink of Vittel. And don’t forget to give your baby a sip of Gerber water.

In all, Nestle owns 66 brands of bottled water (here’s a link to the list on Nestle’s site: http://www.nestle-waters.com/brands/all-brands), making up over a 32% share of the bottled water market in the US.

Nestle is also succeeding in their city-by-city campaign of contracting to siphon off water from public water systems and buying up water rights around states then reselling that water at an obscene profit. From a 2009 report from the non-profit organization, Food and Water Watch:

The average state rate for municipal use of groundwater (in California) is one cent per 40 gallons. Meanwhile, Nestlé can sell the cheaply acquired water in a 16-ounce bottle for around $1.29, or $10.32 per gallon. That pencils out to Nestlé making more than 127,000 times as much money selling a gallon of water compared to what it paid for the right to the water.

A decrease in the availability of water would be a bonanza for Nestle so they have to be sending muffin baskets daily to the oil and gas industry not just for using up billions of gallons of water for fracking but for causing CO2 pollution along the way which has caused Climate Change and a vast reduction of available water globally accompanied of course by unprecedented droughts.

Here’s a recent drought map which shows over half of the US in unusual to exceptional droughts (and some of our country’s most important farmlands are in the midst of them):

In many of these areas, fracking and water bottling is draining the diminishing public water that is available.

At the same time, Utah, Washington and Colorado already have laws against collecting rainwater and the trend appears to be spreading.

Here’s a video from NASA on The Weather Channel which shows the startling and terrifying visual projections up until the year 2100 as massive droughts encompass the entire nation:

Our problem with not stopping Climate Change was our short-sightedness in thinking, “Well, everything’s okay right now, we’ll deal with it later.” Then of course, later comes and it’s too late.

These Three Horsemen of the Water Apocalypse, fracking, privatization of public water and drought may seem incidental to our lives today but it would be wise to look ahead and imagine…what if Climate Change continues as predicted and we have one decade after another of droughts? What if fracking continues to proliferate over the next several decades and both sucks up billions of gallons of water as well as permanently pollutes billions more? What if mercenary companies like Nestle (there are others of course) continue to drain off and bottle for obscene profit, billions of gallons of public water over those same decades? And if all this causes the availability of water to diminish and the price of water to skyrocket substantially…and it’s against the law to even collect rainwater, what will the poorest people do? What will those middle class Americans who have trouble paying bills today do when they’re forced to spend more per month on water than gas for their car?

Corporations may be defined as people by our current Supreme Court but they don’t need water to live…they just want to horde it to make great profits on it and since they have no social or moral responsibility to the society they take it from, they have no reservations about taking it out of the hands of human beings whose lives depend on it.

Water shortage is the severe global crisis of the very near future and unlike with its relative, Climate Change, we should take steps today to avert the terrible impact that it could bring, keeping in mind that some of the most powerful corporations in the world will be doing everything they can to make it happen.