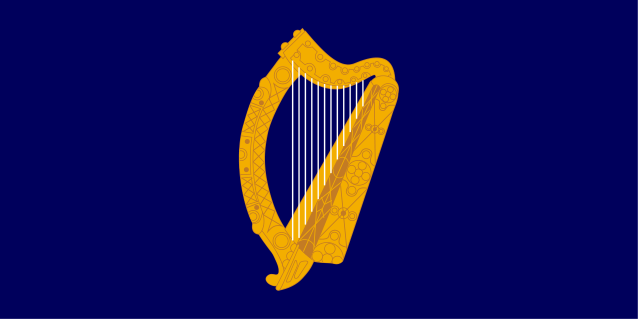 Here in Ireland there will be a Presidential election on the 27 October. The campaign has been building up for the last few weeks and with seven candidates it should prove to be an interesting affair. On the same day there will also be two referendums, one to do with how judges are paid, the other to do with the investigatory powers of the Dàil (Lower House of the Parliament). I’m writing about this today because I will be attending a Presidential debate, which is to take place at my college on 20 October, and I intend this article to be a primer for another which will be about the debate.

Firstly, I’ll briefly explain how the Presidency in Ireland works and how a President is elected. The Presidency of Ireland is a mostly ceremonial role, not unlike that of the Queen in the UK. However, the President does have some discretionary powers. The President can refuse to dissolve Dàil and prevent a general election, if they wish. The President can refer government legislation to the people if petitioned to do so by either a third of the Dàil or a majority of the Seanad (Senate; the Upper House of the Parliament). There are a few other powers, but they are of little significance compared to these two. Basically, the President is the country’s greeter-in-chief.

To be elected, candidates must be first nominated by twenty members of the Oireachtas (Parliament), 4 city or county councils, or themselves in the case of former Presidents. A person may serve two terms as President, each of which lasts seven years. Candidates are elected under an AV voting system and are, as of this year, are only allowed to spend €750,000 on their campaigns. However, if there is only one candidate, they are deemed to have been elected by default.

Secondly, I’ll briefly go through the two referendums which are to be held. The proposed twenty-ninth Amendment to the constitution would remove a constitutional ban on the lowering of judicial salaries. The proposed thirtieth Amendment would grant the power of subpoena to Oireachtas committees. Personally, I’m voting no on the former, despite populist opinion, and yes on the later.

And now, the Candidates:

David Norris: A long-term senator and civil rights campaigner. If elected, he would be Ireland’s first gay President. An Independent candidate. (Top-right)

Mary Davis: Organiser of the 2003 Special Olympics World Summer Games in Ireland and a disability rights campaigner. If elected, she would be the third President in a row to be named Mary. An Independent candidate. (Bottom-left)

Sean Gallagher: A businessman and a former member of the Fianna Fáil National Executive. Best known for being a panellist on the Dragon’s Den. An Independent candidate. (Bottom-Centre)

Michael D. Higgins: Former TD and current President of the Irish Labour Party. A well-respected figure in Irish politics, despite being constantly referred to as some kind of elf. Labour candidate. (Top-Second from left)

Dana Rosemary Scallon: Former MEP and 1970 Eurovision Song Contest winner. She has released over thirty albums, none of which I have listened to. (Bottom-Right)

This video kinda sums up current feeling towards Dana, despite it being over 15 years old.

Sean Gallagher: He hasn’t really made an impression on me. I’m not sure why he’s running really.

Martin McGuinness: To put it mildly, I don’t trust him with even a ceremonial position.

Since I’ve excluded the above, this leaves me with three candidates to choose from. It is those who I’ll be focusing on when I attend the debate. I hope to be back soon with more information.

Thanks for taking a break from your busy schedule to give us a pweak into Irish politics, Caru!! There was a news report on CBC radio about the upcoming elections and they mentioned Higgins name – I shouted out The Elf and hubby gave me a very weird look 🙂

Ha! Thanks for reading, MW. I have an upcoming short article about the debate and I’ll have another after that which will explain why I’m voting for which candidate. Stay tuned!

Hopefully they don’t confuse Gay Mitchell for the gay guy.

Dàil huh? Are you moving the Oireachtas to the Hebrides? 😉

Oops, I downvoted you. 🙁

But you did make that lame pun.

I love any post with a Father Ted reference. I always wondered who Dana was.

Interesting…. I have nothing of value to add except to share that Michael D. Higgens made me smile and have a good feeling the minute I saw the group of pictures. 🙂

He does seem to exude a feeling of warm fuzziness.