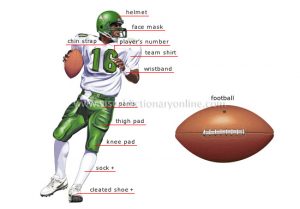 June 8th, 1966, the two leagues agreed on a merger, with the condition that the winners from both leagues play against each other to determine the champion.

Originally, NFL Commissioner, Pete Rozelle, wanted to call the game “The Big One”, but it was the AFL founder and owner of the Kansas City Chiefs, Lamar Hunt, who suggested “Super Bowl” and the name has stuck ever since.

My husband and I plan on staying home for the game and eating the traditional guacamole and chili (both homemade) and plenty of beer, of course, which will probably result in some scented sound effects around half time!

Also, I tried to find the year that Nixon called in during a Super Bowl and gave a play, but couldn’t find the year, but did find the game.

Super Bowl is a defacto-American-holiday.

Whatever that means.
Saw that term when I was researching this deeply serious, world changing thread!
😆

Didn’t anyone else find it humorous about the vomitorium at the Dolphin’s stadium?
LMAO
What is football after all, without beer?
Love them Clydesdales.

I’m a little confused, javaz. It’s NOT an official place for people to puke, but it was built so they could … ??

4. an opening through which something is ejected or discharged.
5. Also called vomitorium. an opening, as in a stadium or theater, permitting large numbers of people to enter or leave.
Had to go to the dictionary to be sure!

Yuck, I would not go to the stadium for that reason, I would be gagging just thinking about it in close proximity. My husband did all the caretaking when the kids got sick………

I’ll nominate myself for most ignorant question: What day is the superbowl?

I’m w you, Sue. I’ve gotta root for the Saints. New Orleans could use the pick me up. Have they ever even been to a Super Bowl?

Oh!
We got a game going now, meaning you want to make a bet?

I’ll bet you a box of corn flakes that the Colts win!

We are so on.
LOL

Hey, what did you think when Andy Rooney from 60 Minutes said that he didn’t want to see a woman when it comes to football, except for the cheerleaders?

He didn’t say the cheerleaders, but he didn’t complain about them as he criticized women sportscasters.

I didn’t hear that, but it doesn’t surprise me. Andy is giving his generation a bad name. Some of the biggest FB fans I know are women!

My female facebook friends have been calling the plays blow by blow all during the play offs!

As for me — I watch football once a year (if that!) and that game is coming up on Sunday, LOL!

Andy Rooney makes a living telling people what he doesn’t like.

Bito — Andy Rooney: “I don’t like paper clips.” Don’t know if he actually ever said that or if I just fill that in for him whenever he opens his mouth.

Sue, we are so on for the COLTS spanking the Saints, and you’ll owe me a family-sized box of cornflakes!

Bring it on, girlfriend!

I don’t buy cornflakes but I do have a box of Wheaties with Kurt Gibson on the front when he hit the grand slam against the Oakland A’s, will that suffice? You cannot eat them, I have had the box for about 8 years LOL. I hate the Oakland A’s, mainly McGuire and La Russa LOL.

Did you like the A’s when BillyBall was there? Oh, what a sight to see. I still have my BillyBall shirt.
BTW, good score on having a partner who helps with the kids, especially when they’re sick.
I finally (after 40 years) extricated myself from one who forgot we even had kids. I still see my fourth, unruly “child” almost every day. Even with that, I have such a beautiful life. Truly, always, blessed.
Go Saints!

Some rich neighbours are coming over. I think their kids like our house because it seems like a clubhouse to them.

Is one of the visitors, the daughter of the most powerful, richest man in Mexico?
If so, good choice for food!

No, these are the parents of her snooty friends.

That guy probably owns a football team. The Monterrey Javelinas.

If you spooned those eight million pounds of guacamole out to form a line, it would stretch all the way from La Jolla to Veracruz.

I just made that up, but it seems like a cool statistic.

Now yer talkin’. I’m rooting for the Colts too. Manning deserves another SB and I can’t stand the arrogant Saints coach.

Oh, I can’t stand the Saints and really want to see Payton do it again.

I know a lot of people really hate the Manning brothers, and I don’t get that.

Tom Brady, that’s another one people hate, and I mean hate in sports talk – but I don’t get that either.

I love football because it’s a mind game, too.

omg, javaz, as much as I love guacamole and chips, those statistics make we want to go on a water fast!

I know.
And guacamole is actually healthy for you, if you make your own and it’s the easiest thing in the world to make.

Avocados are an excellent fiber, and the fat increases your HDL levels when it comes to cholesterol.
HDL = Happy and then whatever the D & L mean.

But the HDL is the thing that battles the LDL when it comes to cholesterol.

Plus, because avocados are green, they are high in vitamin D and C, and high in anti-oxidants.

And, you can recycle the skins and toss them in your garden, or toss them over your fence and feed wildlife.

You can even plant the pit, and grow a plant in no time.

So I guess we should be glad Americans are getting smarter and eating guacamole with their chips instead of cheese spread.

Oh, and forgot to add, that during the Tebow anti-choice, deceitful ad that we can all leave the room for the customary flush that will cause water levels and water pressure to drop for that multi-million dollar commercial paid for by ‘Focus on the Family’!
That would be the most fitting protest!!!