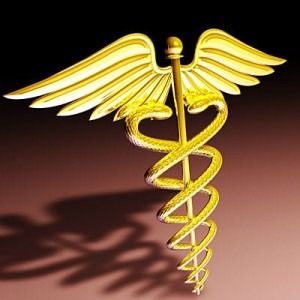 Talking Points Memo has just put out this sobering article:

Fragile Health Care Agreement Fraying? Whispers, But Not Yet

Some Democrats are popping champagne and already writing campaign talking points for how to champion a health care bill they believe President Obama will sign early next year, but today several progressives pulled on the fragile agreement’s thread.

Obama is suggesting they can get right to work and said his White House will remain involved after the final passage of the Senate bill tomorrow, and leaders were hoping for a speedy agreement.

There’s no hard evidence they’ll be denied that victory and TPMDC sources have been saying all week they are tired of Democrats litigating the merits of health care in the press.

House leadership is confident their liberal members may complain loudly but will back the final compromise even if it doesn’t change from the more conservative Senate version.

Some of the rumblings from progressives about holding out on the bill are both predictable and toothless, but today House Rules Chairman Louise Slaughter (D-NY) wrote in a CNN op-edthat she thinks the process should begin anew.

“It’s time that we draw the line on this weak bill and ask the Senate to go back to the drawing board,” wrote Slaughter (D-NY).

She is influential in the legislative food chain and has the ear of Speaker Nancy Pelosi.

But in a sign of the sensitivity of the negotiations, a Slaughter spokesman walked back her column and said she may still vote for the final bill even without her favored provisions.

Rep. Lynn Woolsey (D-CA) and Rep. Barbara Lee (D-CA) in a statement today called for a “meaningful conference process” and insisted a public option “must” be included in a final bill.

They did not threaten to oppose the measure without the public option and the employer mandate and affordability provisions they want.

SEIU’s Andy Stern told TPMDC today that he can see the good things in the bill and stopped short of calling for another round.

It’s unclear if it’s just-for-show fighting or if some members really want to derail and start over. Sources TPMDC has been talking with over the last few days say leadership will eventually call progressives’ bluff and get them to support the final measure. They also are starting to see some hopeful signs they will pick up votes from Blue Dogs who opposed the House plan.

Hi Scher (as opposed to Cher) –

Here is the rub. This goes to conference committee where the aspects of the bill that differ between House and Senate are hammered out. I believe the public option will prevail (one has only to look at the roller-coaster plunge in support when that exited the Senate bill!) Many aspects of the bill differ in degree, but some are huge, and I read that Obama is pressing for the House bill in most cases.

I am horrified that pundits everywhere seem to think the Senate bill is the “done deal” when it most certainly is NOT. Obama apparently got stupid yesterday and said he’d not campaigned on the public option – which he DID; he’s not usually that foolish – but the fact remains that he has pushed it. Consequently, if and when it returns in the conference bill, that is when he, Reid, and Pelosi will get tough with the Blue Dogs, and I do think you will see both the cloture vote AND passage of a pretty decent bill.

Appropos of the discussion about our faulty American media – I really am aghast at the lousy reporting. A basic Civics 101 would seem essential, but Lawrence O’Donnell subbing for Olbermann, ought to damned well know better since he was staff to Moynihan! How could he NOT know the procedure? So – must we not look to his need to hyperventilate as being more important than his need for factual and informative reporting? Hooray for Rachel – she almost always gets it right. But the rest? Hysteria rules.

choicelady, I share your disgust with the media during this process.

My only consolation is the thought that this is the big enchilada of Mr. Obama’s presidency. And everyone knows it. So everyone is grabbing for their 15 minutes of fame until this bill is signed. After which, I expect things to calm down. Because nothing else is going to interest the American people as much as this. And Obama won’t be delivering a new outrage to the front pages of the papers every day through the same kind of inhumane actions that Bush took.

I find that I’m not paying any attention to reporting on this bill any more. I watch C-SPAN and wait for the online versions of the bill. When the president signs it, I’m going to sit back and laugh at all the naysaying pundits — who will no doubt brag that they predicted it all along.

Gawd…I don’t know if I can stand any more of this. I’m weary of the roller-coaster.