The fires are raging over an enormous swath of the Angeles Forest north of Los Angeles and one can’t help but consider if this record breaking fire will soon lose its record.

Global warming has created severe droughts throughout the world, huge fires are on the rise and there is no end in sight to the continued drying up of the planet Earth.

What was inconceivable a decade ago, the north pole melting completely, is now commonly accepted as a matter of when not if. The Earth and human society are at the top of the rollercoaster and just beginning to roll into a big dive.

This is not doom and gloom or end of the world crazyland, this is documented science. As water continues to become scarce, massive wildfires become more common, people die from a lack of potable water (and corporations continue to buy up water rights worldwide to create a stranglehold over civilization), crops and food become more scarce, countries lacking resources resort to invading countries that have them, it is a vicious and destructive spiral.

And thankfully, we are pouring great amounts of news coverage and energy into Sarah Palin, President Obama’s birth certificate and Dancing with the Stars.

Rome is burning and society is seemingly playing a cool iPhone app as it burns.

This is life and death, maybe not the survival of the planet but a worrying future that could be a lot more brutal for a majority of the planet’s population…including Americans.

Health Care Reform is critical but taking swift steps to combat and prepare for further global warming can’t wait. We need Health Care Reform for Planet Earth or Grannies will have a lot more to worry about than imaginary death panels. 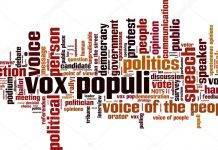 i’m as big a skeptic as the next guy. i want proof. but comparison photos of icecaps that used to be permanent but are now melting seasonally is pretty darn good proof. once upon a time, it was always frozen; now its unfrozen in the summer, soon it will be unfrozen all year. why do people have to wait until its too late, to do anything? must we always be in a reactive, rather than proactive, frame of mind?

the people who believe in human induced climate change want to make some changes that will make our planet healthier to live on. WHY IS THAT A PROBLEM? who prefers a dirtier planet? the water is already so polluted we take a risk drinking from a tap or a stream. must we wait until the air we breathe is equally risky? can’t we just improve the quality of the environment REGARDLESS of whether there is human created climate change?

the people who don’t believe in human induced climate change want to continue doing business as usual, pursuing the most profit with the least effort, regardless of consequence. why does anyone endorse a business model like this?

i live in ATL, one of the most air polluted cities in the nation. does the pollution have to cover the entire nation before people will agree to stop?

why can’t americans do what is right simply because it is right, not because it has become critically necessary?

Godspeed to the folks that are in the way of the fires. I just can’t imagine what they are going through.

This story came out today too…again, as Rome burns…

The Senate debate on climate change will be delayed until later this fall, given that two key players have said they will not even introduce their bill until late September.

Senate Environment and Public Works Chairman Barbara Boxer (D-Calif.) and Senate Foreign Relations Chairman John Kerry (D-Mass.) said they would not introduce their legislation next week as they had planned. They attributed the delay to last week

I’m a scientist which makes me a skeptic. I even went into the climate change theory debate with a little bit of intuitive bias because while CO2 levels have doubled recently they are still relatively low. It’s like if you compare an ant and an elephant even if you add another ant the elephant won’t be affected by the additional ant. But I still researched much of the data in the public domain. I took me years and years to drop enough of my skepticism about climate change (which is a much more appropriate name than global warming) theory to accept it as a consistent theory. I still am open to new data and counter arguments but I have not seen anything that has come along yet to shake my scientific acceptance of the theory.