Well when Huffy first announced it’s creation of an “investigative team” I wondered what it would entail.  It looks like we now know.  They stalk the halls of the White House and talk to as many administration officials as possible to obtain anonymously quotes.  Then the most controversial statement they get from an administration official is posted in huge red headlines on their blog.

The progressive world went into a tizzy calling the president a “sellout”, “bought”, you name it.  Now we find out the story was not as fully corroborated and as vetted as it should have been.

Today Huffy buries the story that the white house said it never entered such a deal.

“In the latest in a series of conflicting statements, White House officials on Monday insisted that they never entered into a deal with pharmaceutical companies whereby they agreed not to allow the government to negotiate lower drug prices for Medicare.

In a briefing with mostly new media reporters, three senior administration officials who spoke on condition of anonymity pushed back against reports that the White House had made such a pledge in return for $80 billion in promised cost savings over ten years.

“There was no discussion” of refraining from using the government’s purchasing power to lower prices, said one of those aides. “It just didn’t come up,” said another.”

A few things should be noted here for future reference.

First the investigative team on Huffy are a bunch of amateurs.  There story was not properly sourced or confirmed.  It is fine to use anonymous sources but you need to have corroborating sources in such a case.  I jest, but as far as when know the Huffy reporter was talking to a janitor in the White House since it was late Friday.

Second Huffy will print and highlight the  more controversial stories over other stories to get more clicks and replies so they can sell ad space.  Huffy like the rest of the MSM will sell anyone out at any time for more revenue.

Third and most importantly nothing is finalized in healthcare reform until the bill passes both houses of Congress and the president signs it into law.  All these so called done deals cannot be finalized without congressional approval.  The White House is in these negotiations as a good faith effort to get the providers on board so they do not fight the universal healthcare reform effort.  If you noticed the one group that is shut out of the white house are the private insurers because their influence is the most corrosive in any deal.  The fact that the Obama administration has targeted providers to make deals with to get on board with universal healthcare reform is one thing that makes reform much more possible this year.

Forth the White House is making errors in trusting sources like Huffy because they are so-called “progressive”.  The White House should know any media outlet is going to look for controversy.  The White House should reign in officials who make remarks like this and not let their message give the media mixed signals.  The president has made some promises in the healthcare debate that he should have not made like saying pricing for prescription medicines should be on C-SPAN.  This is exactly the reason you do not make these kinds ongoing negotiations public.

The moral of the story is the old axiom, do not believe everything you read.  Or at least have a level of decernment when you read stories like this.  The sad part is others in the MSM are taking what Huffy has to say as gospel because controversy sells.  The press’ duty is to scruitinize those in power but the first responsibility they have is accurate and responsible reporting rather than promoting a faux outrage agenda for their own financial gain. 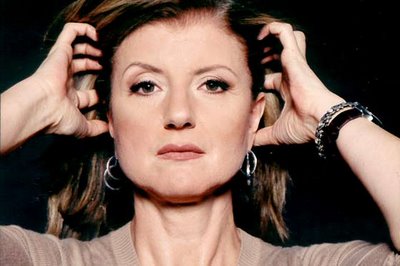 HuffPo Bought into for $25m by Hedge Fund

Below is the press release from December 2008 announcing the major stake Oak Investment Partners bought in Huffington Post. Among its investments, Oak has stakes in health insurance companies, various media companies and other hedge funds.

Biden Expected to Nominate a Black Woman to the Supreme Court

The president’s promise highlights a group that has struggled to become part of the very small pool of elite judges in the nation’s higher federal courts. [...]

Staunch Critic of the N.Y.P.D. Grapples With Deaths of 2 Officers

Republican Rift on Ukraine Could Undercut U.S. Appeals to Allies

G.O.P. leaders are attacking President Biden for what they call a weak response to Russian aggression, but their far-right flank is questioning U.S. involvement, and even its alliance with Kyiv. [...]

Biden Expected to Nominate a Black Woman to the Supreme Court

The president’s promise highlights a group that has struggled to become part of the very small pool of elite judges in the nation’s higher federal courts. [...]

After a series of legislative losses, the chance for President Biden to fulfill a promise by nominating a Black woman was seen by progressives as a chance to show he could still bring about change. [...]

Biden Gets to Name a New Supreme Court Justice

Republican Rift on Ukraine Could Undercut U.S. Appeals to Allies

G.O.P. leaders are attacking President Biden for what they call a weak response to Russian aggression, but their far-right flank is questioning U.S. involvement, and even its alliance with Kyiv. [...]

Justice Stephen Breyer is not giving up on the Supreme Court. [...]

The US offers no concessions to Russian demands on resolving the Ukraine crisis. [...]

The White House confirms President Biden would stand by his pledge to nominate a black woman. [...]

One dead, dozens missing after boat capsizes off Florida

US officials say the vessel, which capsized on Sunday, may have been part of a "smuggling venture". [...]

Astronomers say that a rocket in space since 2015 is hurtling towards the moon where it will explode. [...]

Life under the Taliban: Yalda Hakim's journey back to Afghanistan

With access to the new Taliban government, Yalda Hakim travels back to Afghanistan to find out what the country is like under their rule. [...]

The regional parliament pardons hundreds of women executed during the 15th to 18th centuries. [...]

Lawyers for the Duke of York, who denies allegations of sexual assault, write to a New York judge. [...]

The 523 acres were donated back to the Sinkyone people, land they were once forcibly removed from. [...]