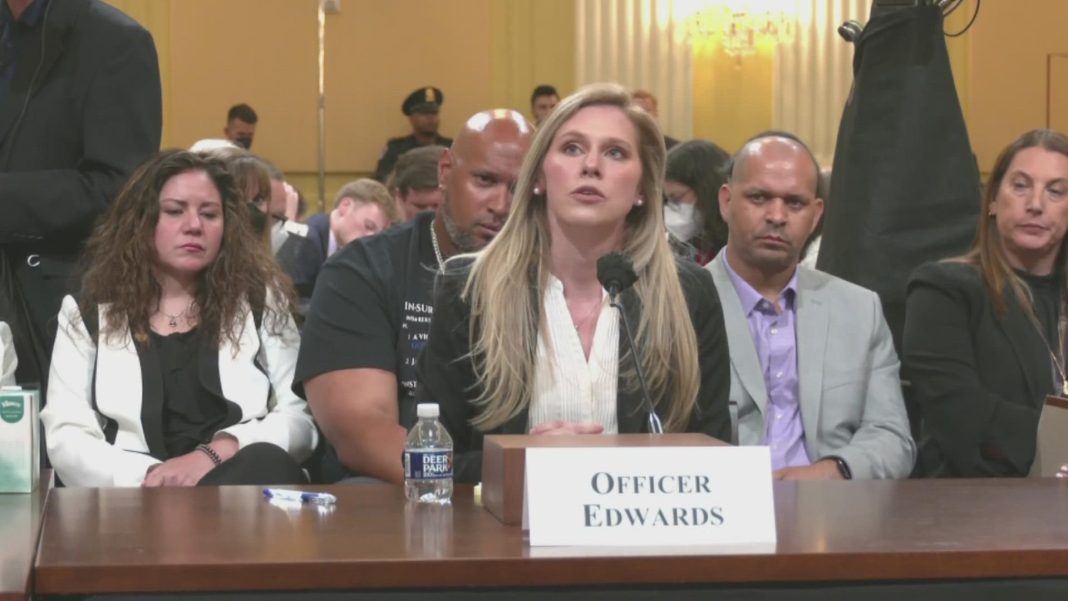 Welcome! Our live chat accompanying the first public hearing by the 1/6 House Committee will begin at 4:30pm PDT, a half hour before the start of the hearing at 5:00pm PDT. Hope to see you here! This is truly history! AdLib 5 hours ago

BTW, feel free to join the chat at any time during the hearing! AdLib 5 hours ago

Hey just checking to make sure I can log in. So how is this going to work. twilson117 4 hours ago

Just like Vox only you can have the hearing on tv or streaming. We just make comments on what we see and hear. It’s live blogging, many news sites do it as well though they’re usually less opinionated. AdLib 3 hours ago

Most Voxers should be joining us. AdLib 3 hours ago

So, I’m going to have to be on good behavior. twilson117 3 hours ago

Heh! You better not be! AdLib 3 hours ago

Ok ready for lift off. twilson117 3 hours ago

I’m going to say the following: I had just returned from a doctor’s appointment and turned on the TV and could not believe what I was seeing. There have been a lot of things that happen in this country that were not good. But Jan 6th was by far the worse of the worse outside of the Civil War. And Trump** is still fanning the flames because he isn’t man enough to accept he lost in a fair election. The fact there are people who call themselves Republicans are supporting his claims only tells me they no longer believe in our form of democracy and want to replace with one they think will give them total control., but it won’t. I hope this will cause enough people to wake up and realize what they are about to lose if they continue down this road to predition. twilson117 3 hours ago

It’s fascinating but I would rather not have to live through huge moments in history. I prefer iced tea on the porch days but what are you going to do? AdLib 3 hours ago

Excellent statement, TW. I would just add that this was never about Trump believing he didn’t win, he knew he was going to lose, this has all been a scheme to steal power and overthrow democracy. AdLib 3 hours ago

Ad, agree. He is delusional and thinks he should remain in power and pass it on to his children. twilson117 2 hours ago

PPO great to see you hear. twilson117 2 hours ago

Trying to see if I can see. I can’t read clearly, but I wanted you all to know I’m watching with you even if I can respond easily. Miss you all. This growing older stuff stinks. choicelady 2 hours ago

The Capitol Police officers who were assaulted and injured will be there tonight, the female officer with a concussion and brain damage from being beaten will testify. AdLib 2 hours ago

I’m going to bow out and come back as the vision clears. Have an historic evening (or day for PPO!) choicelady 2 hours ago

CL, how are the peeps? pinkpantheroz 2 hours ago

Just for a little perspective, as they just said on MSNBC, this is a hearing about the violent overthrow of the American government. That’s pretty shocking to consider. And consider the GOP is trying to prevent knowledge about it and continue it through the corruption of laws. AdLib 2 hours ago

Anyone know how long the hearing will go? pinkpantheroz 2 hours ago

It’s supposed to be 90 minutes. AdLib 2 hours ago

Repubs and Fox are freaking out. I don’t think their attempts at trying to undercut these hearings will work. AdLib 2 hours ago

Fox is probably running a Hunter Biden marathon all night. AdLib 2 hours ago

If Fox is freaking out then it’s their own damn fault. twilson117 2 hours ago

No kidding! Their people like Ingraham and Hannity were involved de facto! AdLib 2 hours ago

TW snap! Was about to ask the same question pinkpantheroz 2 hours ago

BREAKING: The FBI has arrested Republican candidate for governor Ryan Kelley at his home and taken him into custody. He was there on 1/6 pinkpantheroz 2 hours ago

Yes, saw that. And of course, being at 1/6, he is an extremist Trumper. AdLib 2 hours ago

At least the SCOTUS didn’t try to deflect the Roe decision by announcing it today but we’ll see about tomorrow. AdLib 2 hours ago

Yes, but it doesn’t disqualify him from running. twilson117 2 hours ago

True. It may even help him with MAGA voters but it should bury him with Indie voters. AdLib 2 hours ago

I’m on the site, but no feed as yet pinkpantheroz 2 hours ago

There was one tweet by a journo that the 1/6 committee hasn’t connected the Proud Boys to Roger Stone. AdLib 2 hours ago