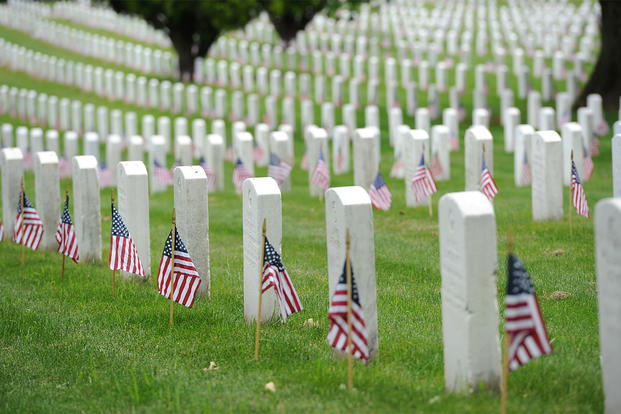 This Monday we celebrate Memorial Day and all the brave Americans who sacrificed their lives for a nation, its principles and its people. War itself is never something to be celebrated and it is terrible that so many fellow Americans have died in them. But it doesn’t diminish their bravery and nobility, they should be immortalized through our memories of them.

So this weekend, we remember our fallen heroes with songs about them, war and peace (including protest songs) and songs about America.

Now it’s your turn to share songs about America, war and peace, and whatever songs you choose as a tribute to those who gave all they had to protect their fellow citizens, their democracy and their nation.

To my Uncle James buried in Arras, France and awarded The Croix de Guerre by France.

Just heard this on the radio: