Home News & Politics Corruption For Evil to Flourish, It Only Requires Good People to do Nothing 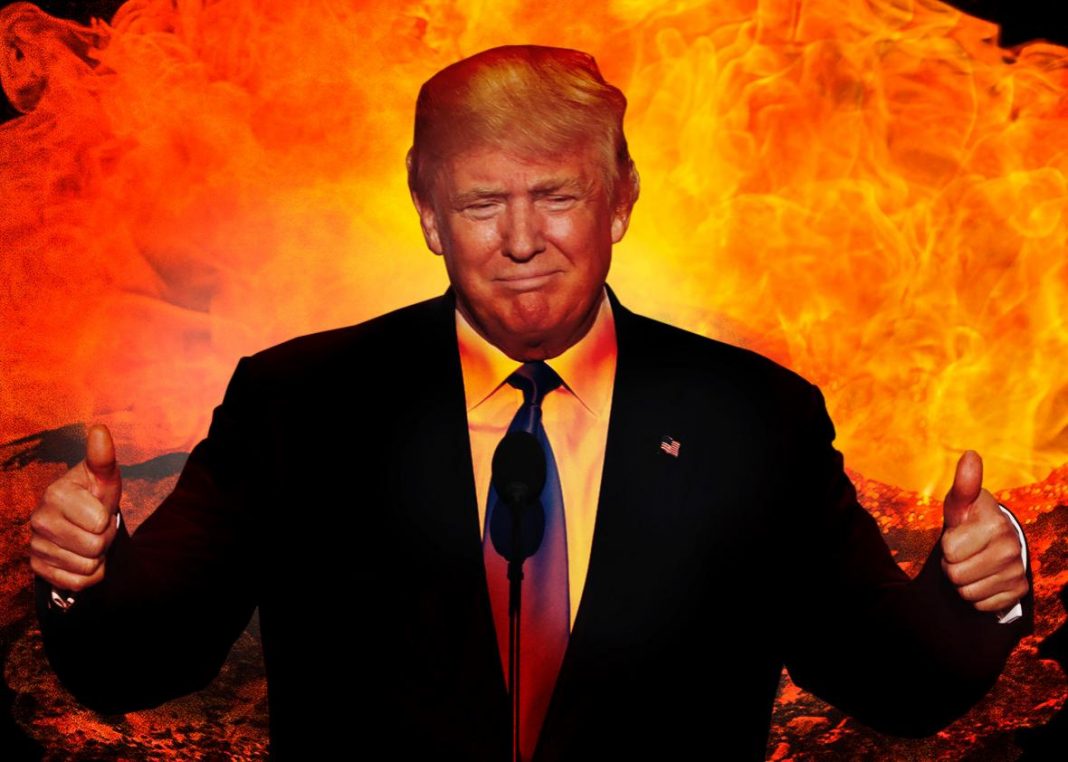 I don’t think that a Portland mother knew how eloquent she sounded, or how much she sounded like a Revolutionary War hero, when she said:

“If they come for my children, someone will come for their bodies.”

Additionally, the famous quote (modified to be all-inclusive) in the title of this article is from Simon Wiesenthal, the revered Holocaust survivor who faced the worst of human evil face to face and devoted his life to documenting crimes against humanity and pursuing justice against the perpetrators.

Is Trump, the servant of the Evil One, going to send his Gestapo against the People of the United States? Certainly, our cowardly Congress will do nothing. They will run for their rat holes and abandon and betray their country. We know them, they exist to enrich themselves, to waste our money, and take away our freedom. They kill by heartless, inhuman negligence! And they hold us in slavery. We work our entire lives so that they can live in mansions, and they would steal every penny if they could and leave us homeless and starving. And they are.

And the Black Shirts, they need to understand that they will be fighting children, because even the children will fight, and die, to protect their families. And there will never be a place where you can hide. Not ever. You will spend the rest of your life strapped to a gun, but it won’t help. It will curse you. And the Earth itself groans, to be burdened by you. The nazi filth claimed to have no moral responsibility, and they were hanged at Nuremberg. There will be another war crimes tribunal. If one person dies, you will hang, and be damned for all time. If one child dies, may God have mercy on you, we will not.

And Betsy? You have turned your office into a campaign office of the Evil One. You were so needed, but you did nothing except glorify your pagan god:

The evil, soulless wight in the White House has made The People his enemy. He called this fight because he hates all humanity; and in the end, all humanity will hate him.

The police won’t help: they know the enemy, and he is us. They entertain themselves watching us bleed and suffer – and die. A judge gave them the right, and he watches like a vulture from his high throne, dressed in satanic black, ready to enable murder. Again, and again. Soulless bastard.

We are under attack, and we are fighting for our lives, but there is no plan. Hundreds of thousands are dead, with hundreds of thousands more doomed to die because Trump and the “death pushers” are too stupid to understand even the value of planning. So they stumble along, and the body count grows higher. And the Stain gurgles in his throat and mocks the living and the dead because he is evil.

Damn them. Damn the Mafia. (And blackball scum like Roger Stone, the “Bone Collector.”)

I never knew there was so much hatred in the world. In that, the Stain has enabled us; shattering decency, he plumbed the depths of hate, and he will be crushed by it. And history will remember, how a mafia puke destroyed the American Dream.

Brilliantly expressed. I share the anger and frustration of our current circumstances. I don’t have the gifted writing skills you possess, so I am happy that we have access to and are allowed to share videos on this site.

As I was reading your piece, I thought of how we need to hold on to the thought that we are all in this together. I remembered an MSNBC commercial where Chris Hayes says that. I tried to find a video of him just saying those words, but I couldn’t find it. What I found instead is a monologue he shared on Memorial Day weekend a couple of months ago. It is eight minutes long instead of my preferred short version, but I think it is worth the listen.

Trump Has Failed Us, But We Shouldn’t Fail Each Other.

The Wall Of Moms is a great example of all of us being together. I don’t like to even use the word “hate”, as it vexes my spirit. However, I feel a real sense of disgust with the actions of trump and those who support him. My saving grace is that I am of the orientation that all things are done in service to the One Infinite Creator, and “all” has to encompass “all”. I think of it sort of like Romans 8:28

And we know that all things work together for good to them that love God, to them who are the called according to his purpose.

Because of the many distortions of human-kind, we look at things through a lens of good and evil, right and wrong, ect. However, in the grand scheme of things “all” things are the Creator. My preference is to live in a democratic society where everyone is equally valued and the resources of society are proportionately available for everyone. The challenge is how we manifest that reality.

I recently read where some Americans believe that humans can never have a just society, because of our human frailties. They believe we can only succeed if we all agree to live according to the laws of God. The only problem I have with that is that in our 3D illusion, individually we are not God, so which theocratic laws would we be able to agree to live by?

Once more a great article. Clearly laying out past actions by fascists. Read the stories in Solzhenitsyn’s Gulag books. Read about the GESTAPO or Stazi. Wake up people, Trump is out to destroy us.