Home Featured Posts Slavery and Prejudice Are in Our Blood 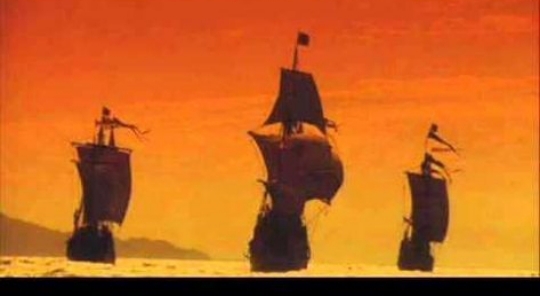 For the first written records and depictions of slavery, we can start with the Ancient Egyptians, 2000 years before Abraham and the first writings of the Hebrews.

The Egyptians held millions of slaves, they used them to build the pyramids. The earliest records we have from the Hebrews indicate that slavery was already well established in Old Testament times. The earliest law codes, such as the, “Code of Hammurabi,” deal in part with slavery. Not to protect the slaves, but the owners. No matter how far you look back, slavery is already long-established. It likely goes back ten or twelve thousand years, to the beginning of the era of specialization, and the beginnings of organized agriculture.

Then Cortez arrived in the New World, the first thing that he did was establish a thriving slave trade among the Indians, with Indians warring tribe against tribe to capture slaves. The Indians detested the practice so much that they refused to have children. And now? There are still 20 to 30 million slaves worldwide. The Genezaro in North America were slaves until the beginning of the 20th. Century. (Never heard of that? Shame on you!) North Korea has a huge underclass of slaves. So does Iran. And Saudi Arabia.

In the 1830’s, Mexico closed the border with the United States over slavery, and Stephen D. Austin saw years of work go down the drain, to keep Texas Mexican, and “Born slave, slave for life.” But tunnels were begun within weeks of the closure, to smuggle slaves. Meanwhile, slavery was always an issue in American politics.

Always! George Washington and his wife Martha owned 300-400 slaves. They used elaborate subterfuges to avoid anti-slavery laws in the “North;” meaning Maryland, by moving slaves continuously back and forth into Virginia. No, I don’t have my periods mixed up, I’m talking about the 1770s. From the beginnings of this country, slavery, and “Indian Removal,” were hot political issues. Countless candidates ran primarily on slavery and Removal positions. In the first century of North American colonization, slavery was a cornerstone of a “Golden Triangle” of immoral commerce: gold/rum/slaves. That was the root. Then organized agriculture, the same thing that caused it all, brought slavery into the Southeastern United States.

Slavery was a form of automation. It did not benefit the average working man. Curiously, the cotton industry would soon introduce the first real automation, the cotton gin. Some say that Eli Whitney’s cotton gin was the first computer, even though it was not electronic, but mechanical.

When the English put an end to international shipping of slaves (or claimed to), Americans focused on “breeding.” What a disgusting term! And they focused on keeping what they had at all costs. They made endless laws to shield slave owners from charges of cruelty. And to punish anyone who tried to liberate slaves, or remove them to free states.

Every politician was aligned to slavery, and Indian Removal positions. President Calhoun was a moderate on removal, for entirely political reasons; but extremely hawkish (the term was coined for he and Andrew Jackson), on slavery. Andrew Jackson was alright with killing thousands of Indians, and for no better reason than that farmers wanted the prime farmland in the South; and he and Calhoun created the conditions that led to the Civil War.

If you were a slave, what would you require to happen in order to become a “free” man? That’s easy: full political voice, equal economic opportunity, equal education, freedom of movement and to relocate, equal protection under the law. And, of course, we can hardly imagine receiving no income from our labor and ingenuity. Do black people, Indians, Latinos, or the poor have any of those things to any significant degree? Do any have the electoral strength to rectify inequality? Or even hold their families together? We know that it just isn’t so.

In fact, the basis of slavery is much the same as the basis for poverty. In actual fact, we are all slaves, based on these criteria.

The average black family owns outright about $7000 worth of property. The average white family holds more than $100,000 dollars worth of property. A black person has only a fraction of the electoral strength of a white person and is trapped in the inner city or the rural wasteland. And constantly struggles to hold their family together. Exactly what differentiates that from slavery escapes me. Especially when it is accompanied by brutality and abuse?

This country, north and south, was founded on slavery and removal. It is ingrained in the behaviors of Southerners. And it is tolerated and excused by nearly everyone. It’s still in our blood. It is a disease, worse than any virus. It is killing our country. The values it instilled in us made us into a slave country. They killed our moral base.

First and foremost, we are a “slave country.” The whole world knows that.

In the United States, we are all slaves. We all know that.