Home Featured Posts The North and South of a Confederate Monument 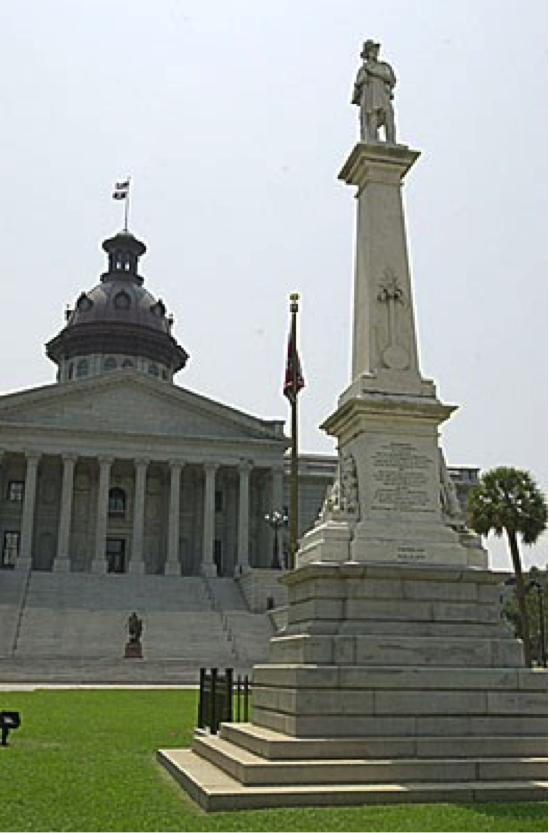 CONFEDERATE MONUMENTS TO THE EVERYDAY MAN: Securing the Support of Down Trodden Whites for a Cause that Victimized Them As Well

Here is a memorial unlike nearly all of those current under scrutiny throughout the South and beyond. It is not to a particular general, politician or intellectual leader but to the many poor souls who put on the Gray Uniform to fight for something, slavery, that did not benefit them, did not enrich them, but rather kept them poor.

The words cut in stone found at the column are propaganda elevating the cause that put them in uniform and kept the memory of their “service” to The Lost Cause noble in their minds and in the minds of their descendants.

The North side inscription reads: “This monument perpetuates the memory of those who, true to the instincts of their birth, faithful to the teachings of their fathers, constant in their love for the state, died in the performance of their duty . . . who have glorified a fallen cause by the simple manhood of their lives, the patient endurance of suffering, and the heroism of death . . . and who in the dark hours of imprisonment, in the hopelessness of the hospital, in the short sharp agony of the field, found support and consolation in the belief that at home they would not be forgotten.”

The South side inscription reads: “Let the stranger, who in future times reads this inscription, recognize that these were men whom power could not corrupt, whom death could not terrify, whom defeat could not dishonor, and let their virtues plead for just judgement of the cause in which they perished… Let the South Carolinian of another generation remember that the state taught them how to live and how to die, and that from her broken fortunes she has preserved for her children the priceless treasures of her memories, teaching all who may claim the same birthright that truth, courage and patriotism endure forever.” —William Henry Trescot

The impact of slavery in the slave-holding South and its legacy post-emancipation on the poor farmer, laborer, and skilled worker was enormous. Holding the Myth in the Antebellum South and Keeping the Myth alive from the Reconstruction onward was not just a matter of nostalgia but an essential part of the economic ethos in the south pre and post war.

P.S. WHO IS WILLIAM HENRY TRESCOT- The author of the words on the column? HIS BIO WILL NOT COME AS A SURPRISE.

I thank you for this. I can can go off forever, but am writing a similar piece.

Most welcome. I look forward to your contribution.