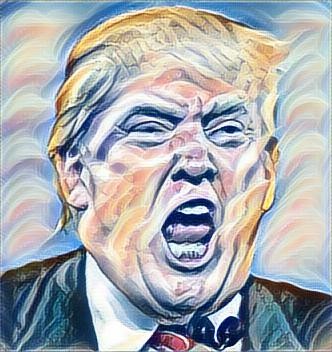 GOP congressmen panic that Trump’s secret may be out. The 2016 Elections were rigged, by Trump & Co.

The GOP has nowhere to hide. Trump was running a criminal enterprise through a government office. The purpose of the criminal enterprise was to keep him in power. It was managed by Rudy Giuliani. Everything that Trump has done for four years is overshadowed by a veil of secrecy; now we know why: it was all crooked from the beginning.

If Rudy Giuliani’s criminal associates, and troops enlisted from the ranks of Russian and Ukrainian cyber-terrorists, were conspiring to fix the U.S. Presidential Election long before the 2016 election itself, then Giuliani has known all this time. He obviously has known about the numerous elaborate schemes to defraud the American People of their vote, and participated, and always for the benefit of Donald Trump.

For all these years Donald Trump has been involved in election tampering and self-dealing. It is ridiculous to assume otherwise.

Here’s the key: Trump and his criminal friends planned all of this years ago with the help of Russia. They rigged the election for Trump with lots of help from the “Professionals” in Eastern Europe; now Trump is (once again) trying to cheat them out of their pay; and lie his way out of blame.

Trump knew all along that he was committing criminal acts. He knew, and knows, that he committed a Constitutionally enumerated “impeachable offense:” he gave and received bribes in his capacity and in his official role as President. He also knows that the odds are heavily against him, and that he’ll be lucky to get out of this with his hide.

Things aren’t going very well for “The Donald” right now. He seemed to be blindsided (“Joe Biden, Biden, we can’t have him…”) when he learned that Joe Biden is dominating the Democratic field, something that would be impossible if his office were anything but Chaos.

I wonder? Is Trump really smart? When Trump called the Emoluments Clause of the Constitution: “phony,” he made it clear that he had never even read the parts of the Constitution that define and describe his job. And no one informed him. He is actually playing it by ear. He doesn’t learn. He doesn’t listen. And he doesn’t think. His staff must be fools, incompetent – or maybe none of them have read it!

And, to top it all off, Republican congressmen are in full panic mode; first storming a hyper-security area and breaking protocols without regard, then they tried a desperate attempt to invalidate and roll back the investigation. They are out of options, and the star witness for the Prosecution will no doubt talk himself into the graveyard.

Trump’s mind is teetering on the brink, his office is a snake pit, and his party is a heartbeat away from self-annihilation.

“Fire in the hole!” This baby’s about to blow.