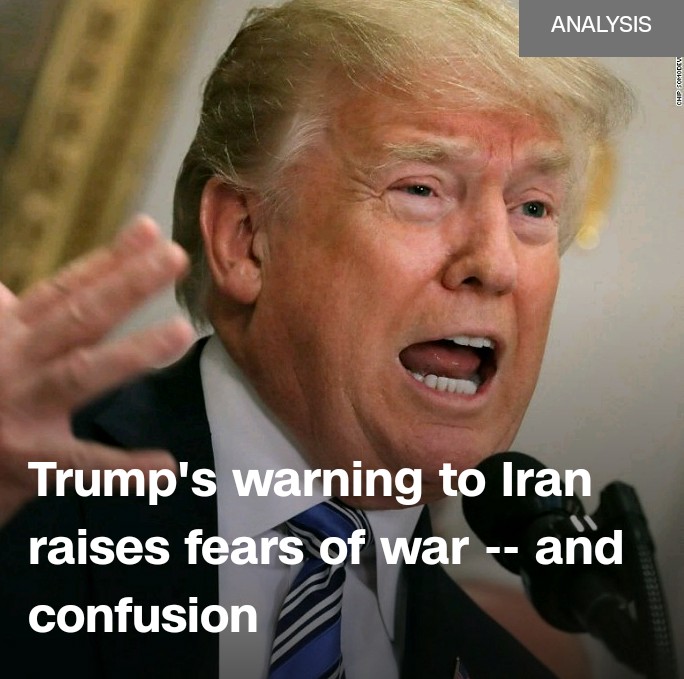 Trump wants a war. Before taking the photos and claims we’re being fed at face value, we might think about a couple of things, historical and factual, that make this whole incident appear to be very dubious.

“We can easily build, right now, distributed energy production systems that are almost impossible to knock out by .”

Moreover, there is a striking similarity between the Internet and these systems: when attacked and damaged, they route right around the problem and keep on ticking.

In 1992, during the early stages of the first “Gulf War,” we discovered something that seemed very strange, almost magical, about the Internet (called “TCP-IP” at the time): it was hit and damaged in several places, and without even being asked, it stayed up.

It was designed that way, but for very practical reasons: complex electronic devices occasionally heat up and fail, and have to be replaced. Since DNS is always busy determining the best route, it’s perfectly natural to just “x” off the list temporarily a failed link, then automatically add it back when it’s working again. The routers and switches were just made that way.

Distributed energy farms are the same; and almost exactly the same in principle. And, they don’t require some trillion dollar appropriations bill for “infrastructure,” or increases in the already bloated defense budget. (They could certainly use some seed money.) But we don’t use these amazing technological advances.

There’s an interesting parallel to this in today’s news. We can assume that the Saudis know all of this, and they may (and do) feel that Americans in particular waste their country’s life’s blood – oil! tried several measures in recent years to curb our use. Actually, the formation of “Aramco” was for this purpose, to begin the process of weaning us oil gluttons enough to there is enough oil for militaries and core industries.

One problem. It hasn’t worked! GM claims to be gearing up for another major round of giant pickup building. The President, in his dotage, does everything that he can to make us even less efficient and effective in oil use.

So, the upshot is, that the cutting of immediately available supplies (in half?) could be a very good thing for Saudi Arabia, and timely. It serves both purposes, reducing the amount of oil available to be wasted on cars, and increasing prices to further slow sales. (I won’t even mention that these extremely precise, “surgical” strikes look suspicious as hell, because they could be repaired in a week: and the diplomatic response is incomprehensible.)

Presumably Pompeo is just blowing smoke, and has no “proof,” or “confirmation.” That’s his style. His objective is obviously to start a war under any pretense to keep Trump in office. That won’t work either. Not if we watch them like hawks, and hold them to account for their deceptions when they leave office.

This is the big gambit, and its intention and purpose are to start a war. A “Bush-Cheney” war, predicated on lies.

Trump’s EPA has reneged on the 2022-2025 emission standards for cars. He simply does not care about the future and the future for his own grandchildren and their families. It baffles the mind how his supporters do not see it.

Of course, the solution for us as individuals is to buy an electric car. I love my Chevy Volt and rarely have to put gas in it. I try to keep it half full so as not to drive around with a lot of weight I don’t need. The last time the car had to switch to gas we had a semi-long trip (70 miles round trip). I ended up putting $8 worth of gas in the car to fill it back up to half full. Most of the time, I don’t use any. I’ve spent $56.16 since the first of the year on gas. Not bad.

Good to see the actual dollar amounts that Volt owners are spending, Nonpartay. Not knowing a Volt owner personally, I wasn’t sure about those numbers, but that is impressive!

When it does switch to gas, it gets 55 mpg. I did get a charging station in my garage. Between its cost and the installation by an electrician, that was about $1600, but I’m pretty sure we’ve probably paid for it by now in gasoline we never had to buy.

Awesome!
But what did the Volt’s battery cost the environment to produce, and what does it cost the environment to re-charge? From where (from what) does that energy come? Coal? Nuclear? Oil? Wind? Solar?
And what would be the impact for someone like me who drives many miles (hundreds one way on an average trip vs. 70 round trip) on a regular basis?

Our electricity comes from an irrigation district, so it’s produced through hydropower. Very clean. They only have to use natural gas once in a while if there’s a drought or something. My battery probably cost something to make, of course, environmentally, but the car is two years old, and I intend to keep it for the rest of my life. Meanwhile, the valley I live in, which collects pollution from nearby farms and all the cars, is not being polluted by me. I, at least, am not putting a bunch of crap into the air. And I’m starting to notice special parking places for EVs. Saw one at a nearby In and Out Burger. We go there maybe twice a year, not being one for eating this kind of food much, but when we do, we’ll be back there as a thank you. The local library actually has a free charging station, which was the only unused parking spot the last time we were there, so I plugged in because why not? 🙂 Things are looking up for EVs. Oh, and let’s not forget, my car never needs an oil change. Or if the internal-combustion engine ever does, I haven’t noticed so far, and the car keeps me informed of what it needs. LOL