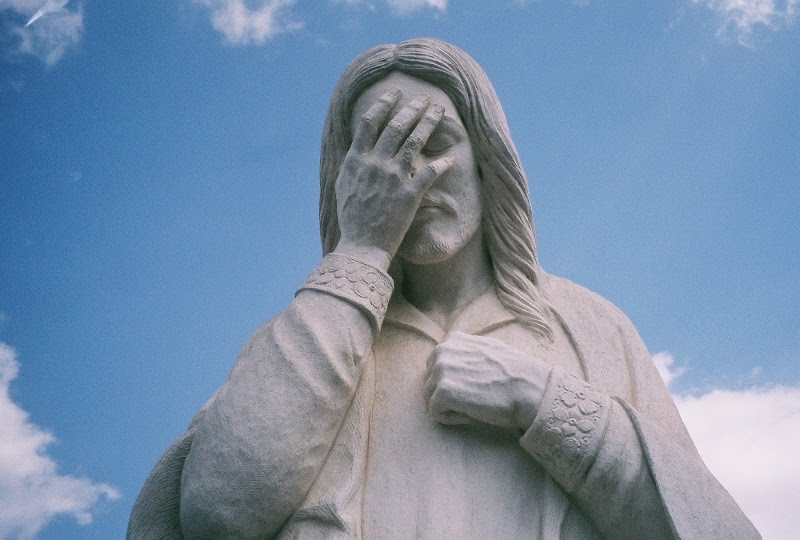 “The opinions that are held with passion are always those for which no good ground exists; indeed the passion is the measure of the holders lack of rational conviction. Opinions in politics and religion are almost always held passionately.”

In this atmosphere of Trumpism, one can’t help but consider which is scarier, Trump or the extremists living among us who have the mentality to want to support him.

Until Barack Obama was elected President, many Americans who didn’t live in parts of the country where racism was as openly expressed, thought we might be becoming “post-racial”. After the 2008 campaign in which Sarah Palin ran almost exclusively on whipping up racist hatred of Obama and Donald Trump’s leading the racist Birther movement against him…and legions of bigots gathered behind them…America was reminded that extremism is alive and well.

Trump has been a magnet for mindless extremists from all across the country, his cocktail of open racism, embrace of vicious conspiracy theories and yelling angrily appears to be like a mirror extremists are attracted to because they see themselves in it.

Some may ask,”Who are these extremists following Trump off a cliff?” Many are the Tea Party fanatics who previously made up the Christian extremist “Moral Majority”. Some are too young to have been a part of that group but are following in their footsteps of having a driving desire to use America’s government to hate and dominate those who they see as “the other”.

So here’s a little roundup of this week in religious nutjobs who help spotlight the derangement of the extremist fringe in America.

Cops: Mom said she killed adult daughter with crucifix to “rid Satan” from her body

An Oklahoma City woman allegedly told police that she forced a crucifix and religious medallion down her 33-year-old daughter’s throat, because she believed the woman was possessed by the devil, reports CBS affiliate KWTV.

Police were performing a welfare check at a home Saturday afternoon when they found Geneva Gomez’s body. She was bloody, with a large crucifix on her chest and had suffered severe trauma to her face and head, police said.

Where is fugitive polygamist Lyle Jeffs? Possibly swept away in the rapture, his lawyer says

The FBI thinks that Lyle Jeffs, the polygamist religious leader accused in a multimillion-dollar food stamp scheme, disappeared from house arrest this summer by coating his ankle monitor in olive oil and sliding it off.

That explanation may fly with nonbelievers, but in court documents filed last week, Jeffs’s attorney has put forth a divine reason for his disappearance — the miracle of rapture.

The attorney for a woman charged with child abuse for allegedly beating her son with a coat hanger says Indiana’s religious objections law gives her the right to discipline her children according to her evangelical Christian beliefs.

Kihn Par Thaing, 30, of Indianapolis was arrested in February on felony abuse and neglect charges after a teacher discovered her 7-year-old son’s injuries. Thaing is accused of beating her son with a coat hanger, leaving him with 36 bruises and red welts.

Her attorney, Greg Bowes, argues in court documents filed July 29 that the state shouldn’t interfere with Thaing’s right to raise her children as she deems appropriate. He cited Indiana’s Religious Freedom Restoration Act as part of her defense, saying it gives her the right to discipline her children according to her beliefs.

Court documents cite biblical Scripture and state that a parent who “spares the rod, spoils the child.”

A female cisgender student in Pennsylvania told school officials she will be discriminated against if her high school complies with an Obama administration guideline allowing transgender students to use restrooms and changing rooms that correspond with their gender identity.

Sigourney Coyle, who is set to enter ninth grade at Emmaus High School this year, told an East Penn School Board on Monday she did not want to undress in the same changing room as transgender students for religious reasons.

If “The Big Guy” came back in person 2000 years after his last visit, these are exactly the folks whose tables he would be flipping over in the temple. When he indulged in handicrafts — braiding whips, to be exact — those would be the people who would be on the receiving end of his products. Their names wouldn’t any longer be Wanda Sue or Lyle-Bob, but something more like “Whited Sepulchre” (“Whitey” for short”) or “Brood of Vipers.”

That Second Coming that they claim to be anticipating so eagerly might not work out all that well for them.

Kes, just as Trump turned on The Pope for criticizing his bigotry, I’d guess that these people would attack a returning Jesus as “unchristian” for attacking them.

Such people have no sense of shame or hypocrisy, they just use religion to play out their own terrible traits.

Whatever happened to “Thou shalt not take the name of the Lord thy God in vain?” That includes parading as a “Christian” when you obviously don’t know the first thing about who he was and what he tried to teach us. Amazing that these people believe they are doing God’s work when they are actually serving the devil.

These people aren’t even “passionate”, they use God to break the law and spit on the separation of church and state.

Kalima, to truly understand anything, you have to want to and I don’t think these type of people have any intellectual curiosity to understand what Christianity is about. They just seem to have grabbed onto those few, superficial parts of it that they can quickly comprehend and then feel they know it all. Their views are typically simplistic and hypocritical and frequently about judging others who don’t conform to their misguided views as bad or evil.

They are so blind to the fact that they are actually unChristian, opposing love, peace and compassion…which is the core message of the religion they vow to be committed to.

Would love to see their faces when they find out their afterlife will require a lot of aloe vera.