Home Society Activism In 1967, A High School Junior, Me, Was Invited To A Speech... 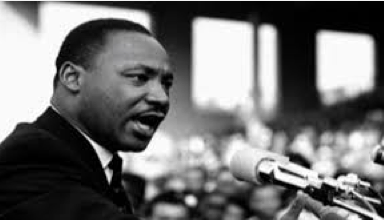 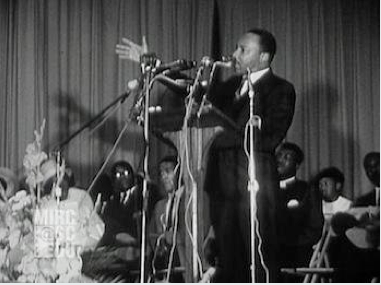 These are the words of Dr. Martin Luther King, County Hall, Charleston SC July 30, 1967, during The Southern State Kickoff for the Poor People’s Campaign. which the Southern Christian Leadership Conference would lead to the capitol of the United States, Washington, DC in order to demand economic and human rights for Blacks, Native Americans, Hispanics, and low income whites. They sought to have an “Economic Bill of Rights” established.

I spent my junior and senior years of High School in Charleston SC. I was involved in the Civil Rights Movement as an idealistic white kid. I wrote letters. I made signs. I went to rallies. I marched. I drove my parents crazy.

On Friday, July 28, 1967 I got a call and was asked if I wanted to be in the audience to see Dr. King speak. Of course I did. So, along with a dozen other kids from my high school, we went to County Hall early and stood in line with lots and lots of others. It was hot and we soon realized that we probably would not get in. With more than an hour before Dr. King was to arrive, we decided to leave. We were stopped by one of the organizers who was looking for white faces, especially young faces, to sit in a group of high school and college students to be place in the front center section.

That’s how I got to see Dr. King, picture below at the event. It is how I got to hear him. I remember him saying “build, baby, build” and I remember him speaking about poverty as a common condition united the races. Years later I found these words in an archive at South Carolina State University.

“In the face of violence, in the faith of angry rioters, and equally angry police I decided to stick with love…You can’t talk about solving the economic problem of the Negro, of the Indian, of the Latino, of the White Poor without talking about billions of dollars.

You can’t talk about ending the slums, the barrios, the rotted coal towns, the reservations without first saying profit must be taken out of them and that investment in them must be made. You’re really tampering and getting on dangerous ground because you are messing with powerful folk then. You are messing with captains of industry, with bankers, with realtors….

Murph, the excerpt from Dr. King’s speech in the link you supplied is really terrific. Dr. King has been known to so many young people (who were born after he was assassinated) only as the “I have a dream” leader.

He was all that — and more. And this segment of his speech in SC shows that. He appears as that most wonderful of contradictions: the angry pacifist. He’s outraged by the war in Vietnam. He states the obvious when he says that “the white man has amply demonstrated that he has no sense,” adding “so why should I act like that?”

But the theme that pervades all is “I choose love.” Remarkable clip of a remarkable man.

Murph, I like your story very much. Being a Vermonter and living through those days with my experiences, I can relate to your experience. 1967 was the year I was drafted. When Dr. King was killed in 1968 I was with the 6th Armored Cav. at Fort Meade Md.. There were riots in DC and we went down and dispersed the rioters, without hurting a single person. That is what I’m proudest about my 2 years of service. My time in Vietnam haunts me as I’m reminded of that part of my life every time I see anything about war.

Sorry, I got off track. Dr. Martin L. King was a wonderful man and he helped form our opinions and sense of right and wrong. I for one white man am ashamed of the way white folks treated black folks.

We shall overcome! Some day.
Peace.

I lived in DC at that time. I was in college after graduating high school in 1967.

BTW, we “rioters” referred to the “riots” as rebellions”. And we even gave the National Guardsmen water when they came on our porch.

Sabreen, I mean no disrespect by calling the folks protesting “rioters”. If I had not been drafted I would have been there protesting along side you.