Home Society Activism Climatezilla! Coming to an Ecosystem Near You! 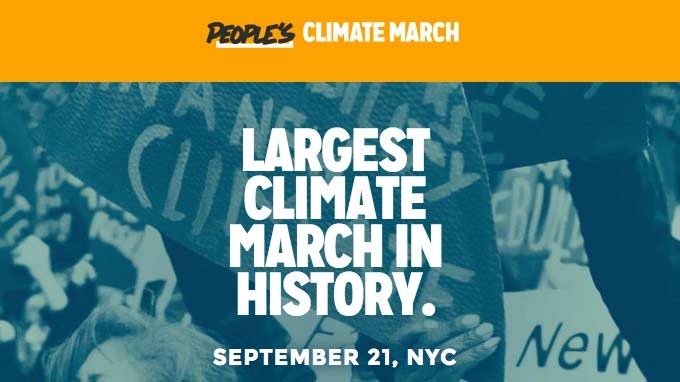 Below is a video put together by the wonderful folks at the People’s Puppets of Occupy Wall Street. They’re heavily participating in the People’s Climate March, happening in New York City on September 21. I’ve addressed all the factoids in another post on my blogsite. I even interviewed one of the organizers on my radio show Sex and Politics.

The story line is simple–climate change has awakened Climate-zilla, a monster in the mold of Godzilla, and he’s going to destroy everything. I am in this video twice (briefly, thank GOD) promoting your involvement in the People’s Climate March. In the main scene I’m the evil businessman. I think I’m briefly in the video running away from Climatezilla (ostensibly because I’m not a fan of blue spandex).

But I hope people have the right idea about what’s involved here vis a vis climate and the challenge. This is not a one-off. Back in the day, I had more than a few friends who went to the big Washington DC protests against Vietnam in the late 60’s and were under the whimsical notion that because x million people showed up to protest on one day, Nixon would say ‘oh well’ and pull the troops out. The stakes with stopping carbon dioxide buildup are huge–The value of the un-drilled oil and methane and coal is in the trillions, and if we want to save the planet, it all has to stay in the ground. If you think the oil and gas companies are going to write off those investments without a huge fight, I have a bridge to sell you. And let’s face it–our lives are infinitely easier because of all the things energy does for us, and the cheapest energy (once you factor out the external costs) happens to come from dead dinosaurs.

This is a long fight and we’re barely begun. But you have to have a first day so you can have a second day. Get it?

I am hoping the September 21 action will be successful. I agree, it will take more than one action, more than thinking about and acting upon this just one day. I guess it is going to take a more serious incident to wake up the powers that be. I was going to try to go to the march, but because of family issues will not be able to make it. I have had to cancel a vacation I had planned as well. I will be rooting for you guys and participating in whatever way I can here in my community.

Monica, you’re right it is going to take a lot of different things like the one on the 21st. Many efforts to bring awareness to people who don’t seem to care, for whatever reason.

I just don’t know what it is going to take for people to finally start demanding more attention to this problem. I guess maybe if the climate change deniers would like the Koch’s and others who try to make it seem as though what is happening now is just a natural occurrence on earth would stop their campaign to save their profits, maybe people would begin paying closer/better attention to this issue.

I’m with you MBX. Climate change is real and the only way we can reverse it is to stop burning fossil fuels.
Here in Vermont we have a goal of 90% renewable energy by a certain date (I think 2020). We are well on our way! I put in a solar array August 2008 and have not paid an electric bill since Oct. 08!
Vermont has several solar farms and windmills. The world needs to do more renewable energy everywhere.

Thanks for the article on a very important issue.