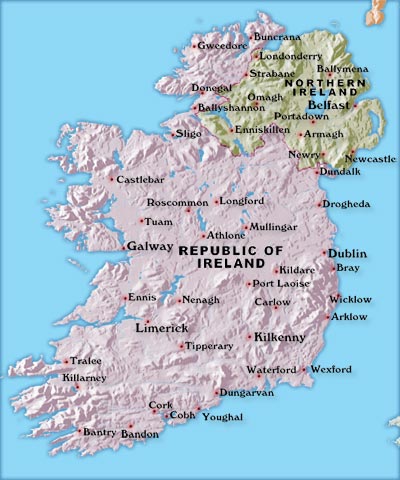 In this short post I shall refer to the system of Irish politics and government. If you are unfamilar with either I advise you to read this recent post of mine:

If you have any other questions, please feel free to ask.

The ballots have been counted, candidates have been excluded and votes have been transferred. This General Election has proven have garnered more public interest than any in recent memory, with approximately 70% of eligible voters turning out to vote, a roughly 3% increase on the turnout in 2007. I suspect that many more would have voted if not for the old Fianna Fáil loyalties. I think that many could not have, in good faith, voted for Fianna Fáil considering the terrific damage which they’ve inflicted upon this country, but also could not bring themselves to vote for another party. Many, many others did not feel such a shame and continued to vote for this ruinous cabal of special interests.

However, another culprit in this rather comprehensive mess, the Green Party, not being a civil war, republican party were wiped out. The Green Party now holds a grand total of 0 seats in the Dáil. A result with which I cannot say that I’m entirely shocked or dissatisfied.

The other parties made quite well out of this election. Fine Gael increased its representation in the 166 member strong Dáil from 51 following the 2007 election to 76. The Labour Party raised its presence from 20 to 37 seats. Sinn Féin more than tripled its 2007 result of 4 seats to 14 in this election. The United Left Alliance, which represents a myriad of different “leftist” parties, made a breakthrough in the Dáil, gaining 5 seats – 2 of these went to the People Before Profit Alliance, 1 to an associated independent TD and 2 to the Socialist Party. Also, independent TD’s gained 15 seats in this election – including the aforementioned member of the ULA – up from 5 seats following the 2007 election.

And now for the kicker. Fianna Fáil’s Dáil representation fell from 77 seats to 20 (this includes the automatically re-elected Ceann Comhairle or Speaker). Now while this seems like a solid thrashing from the electorate, to me, it did not yield the satisfying splat of rock bottom that I wanted it to have. Perhaps I was being to optimistic to hope that the 20% of the electorate that gave their 1st preference vote to Fianna Fáil in this election could have seen the light of the train coming at them through the tunnel. Then again, certain unnamed and otherwise intelligent relatives of mine voted for Fianna Fáil because they believed the tax propaganda that Fianna Fáil were spewing. Then again, this election was sadly turned into a tax rodeo, with each party vying to give you a “better” deal.

A Fine Gael/Labour coalition is almost certain to be the next governing power. All that remains is to get both party leaders into the same room without a sorry excuse for an argument breaking out. The unsustainable and, quite frankly, fucked-up IMF/EU deal will be high on their agenda. Presumably the new Taoiseach will march to Brussels with a strongly worded letter and five burly Cork men with indecipherable accents, carrying hurls as back-up. They’ll then likely precede to implement their recovery plan, which may resemble beefed up former government programs; considering that Fine Gael has been described as Fianna Fáil with an ideology.

Anyway, this has been a quick update from the land shaped like a teddy bear on its side.

Cheers for the update Caru.

I’m visual, so I liked comparing the first preference from this election with that of 2007:

By god, I would have never thought the United Left Alliance would do that well, never mind Sinn Féin. I also see that Labour does well in the same place it does in Britain: urban areas.

17.4% for Fail (absence of fada was intentional), though?

Who are these independents? Do they matter? Are they independent in name only but side with one coalition or another?

At the moment the independents are essentially wildcards drawn from all areas of the political spectrum.

Only time will tell with whom they’ll affiliate.

Caru – I am curious as to what you think of Enda Kenny. During the 8 years I lived in Ireland I did not see much of anything impressive in him, but perhaps he has matured?

As Russian Losses Mount in Ukraine, Putin Gets More Involved in War Strategy 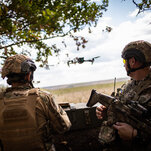 The Russian president has rejected requests from commanders in the field that they be allowed to retreat from Kherson, a vital city in Ukraine’s south. [...]

Elton John, a Favorite of Trump, Performs at the Biden White House 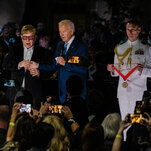 The British pop superstar, who had avoided performing for President Biden’s predecessor, was also presented with the National Humanities Medal. [...] 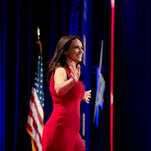 A 2020 kidnapping plot against Gov. Gretchen Whitmer rattled Michigan. On Friday, her Republican opponent, Tudor Dixon, used it as a punchline in two campaign stops. [...] 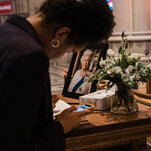 With less coverage of politics, the usual September rush of donations slowed. “It feels almost like we have to start over,” a Democratic fund-raiser said. [...]

In a First, Biden Gets Involved in State Legislative Races 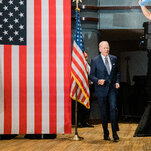 The president’s involvement is a sign that Democratic leaders are taking down-ballot contests more seriously than in past elections. [...] 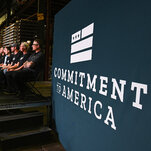 Weeks before the midterm elections, the House minority leader presented a platform of neutral-sounding ideas that he said would guide a Republican majority. The hard right was there to cheer him on. [...] 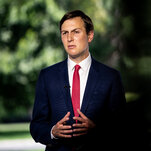 Trump-backed GOP pick for Michigan AG has been a vocal supporter of election lies. Emails show just how far he's gone for the cause 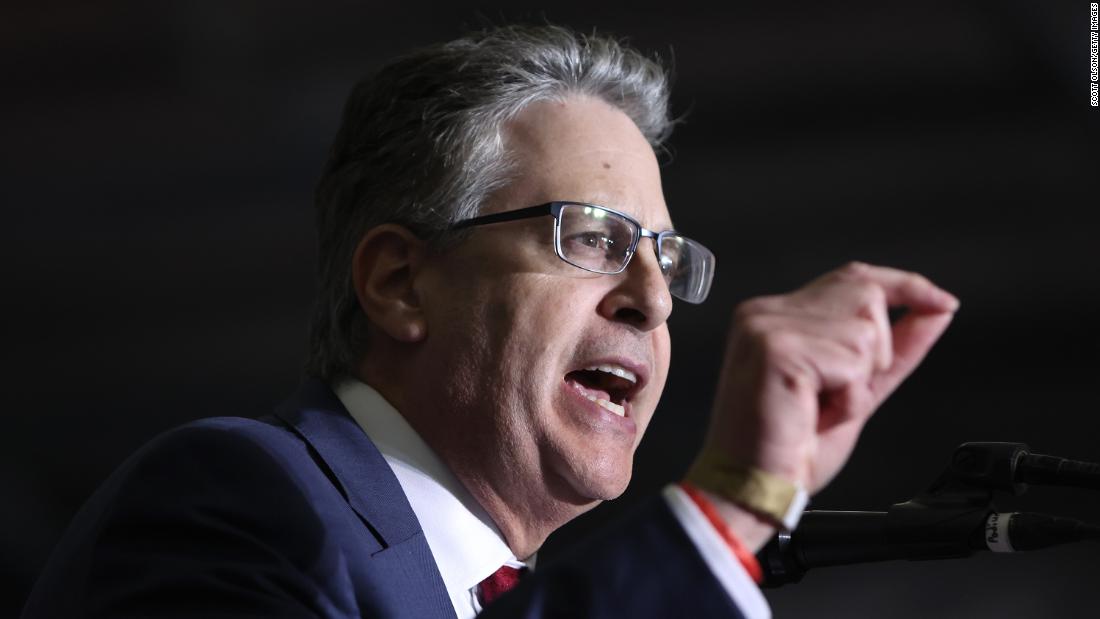 Months after Joe Biden's 2020 victory over Donald Trump in Michigan had been certified, and confirmed by audits and voting reviews, a clerk in rural Barry County received an unusual and confusing request from Matthew DePerno, an attorney in Kalamazoo. [...] 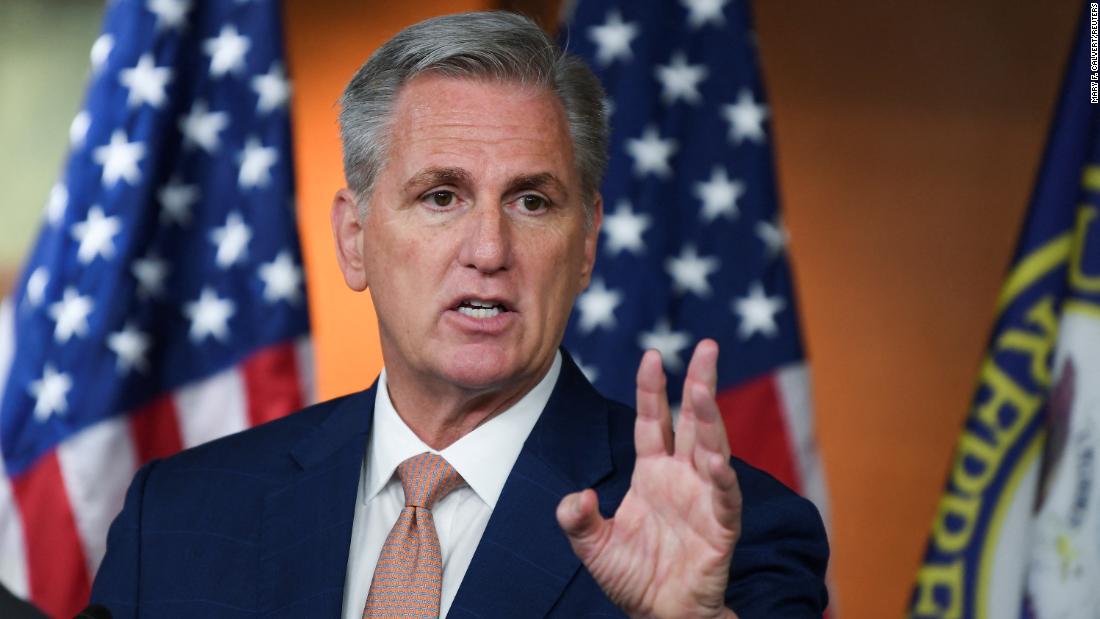 House Republicans on Thursday rallied around a policy blueprint that will serve as their political mission statement this fall, after getting a sneak peek of the document on Thursday from GOP Leader Kevin McCarthy and hearing messaging advice from a former House speaker and former Donald Trump adviser. [...]

Russia is holding the self-styled referendums in parts of Ukraine it wants to claim control over. [...]

The EU's warning comes after Russia's president said he could use "all the means available to us". [...]

Iran protests: US to ease internet curbs for Iranians

The move comes after Iran tries to clamp down on internet freedom to stamp out widespread protests. [...]

The former president's mounting bills are being paid by donors and the Republican party. [...]

The ban, which predates the state's founding, allows exemptions only to save the mother's life. [...]

Fletcher won an Oscar for her memorable portrayal of the film's villainous Nurse Ratched. [...]

Florida is also on hurricane watch, as a tropical storm makes its way to the US south-east coast. [...]

Political leaders hold rallies ahead of elections on Sunday that could bring Giorgia Meloni to power. [...]

It comes after the UK PM is said to have told Israel's leader she might relocate it to Jerusalem. [...]