When you get down or frustrated with health care, remember, some good things still happen in D.C. and there are some good people in D.C. Al Franken is one of those people. His rape amendment was signed into law today.

I met Al a couple of years ago, a couple of months before he announced his run for the U.S. Senate. He had just finished airing an episode of his Air America show in Montana, and afterward, he came into a coffee house and drank espressos and held court for a large contigent of people for two hours. We sat at the table with him through most of it.

He was very, very funny and damned smart. He did a spot-on impersonation of Rush Limbaugh that almost put me on the floor. But, what I was really struck by was what a genuine, sincere person he was. He actually broke down a couple of times, I kid you not, talking about the Iraq War. He had gone over to Iraq a couple of times for USO shows and he broke down talking about the soldiers he met there, and because he was so full of anger toward Bush and the Iraq War. He is a very emotional man deep down inside.

He also told a funny story about how he butted heads with former Montana Governor Marc Racicot during the 2000 recount in Florida. He started his story with, “Marc Racicot … Marc Racicot … I-I just don’t like him…”

He told me of how he met Bush in 2000 in Iowa during the beginning of the election campaign and had asked Bush a complicated question. Rather than simply say, “I don’t know the answer,” he said Bush got that infamous glassy-eyed look we’ve all seen from “My Pet Goat” and then tried to bullshit an answer. Al said that was his first clue of just how dumb Bush was.

After meeting him, I knew he was going to be a good U.S. Senator. He is a good person, doing good works.

Al did good with the rape amendment, and it cracks me up now all the people who said he was going to be a joke as a senator.

Thanks for the uplift, Pepe! I think those of us who blog here should try to post more of these positive news stories. They’re there!

Al Franken is one of the rare politicians in that he works for his constituents and for the good of all Americans, plus he is highly intelligent and isn’t afraid to speak up.

Thanks Pepe,
This woman needed a friend.
I love Al Franken, he is just warming up.
Anyone know the for/against breakdown on this?

The vote was 68 – 30. As for who voted for and against I don’t have that information handy just this moment, but you can get the amendment number and bill number here: Franken’s Proposal To Guarantee Sexual Assault Victims Their Day In Court. That should let you search the senate’s website to get the answer. You can also look on OpenCongress.

These links would also be interesting to you regarding the bill I expect.

Frankly, I’m impressed we got 8 votes out of the GOP. It’s small, but it’s a start.

I found this – all the details
http://senate.gov/legislative/LIS/roll_call_lists/roll_call_vote_cfm.cfm?congress=111&session=1&vote=00308

Uh, how about and just for starters…

It sucks that both of my senators vote “nay!” 🙁 I hate living in a red state!

The two from my old state voted “nay” too!

Thanks Sher, I had a had a time finding this last night.

If I had seen your post sooner I would have gladly looked it up for you. 😐 Forgive me.

People who thought Al would be a joke as a senator probably didn’t know anything about him except for his Saturday Night Live work. Al is a very serious guy. And a very smart one. I don’t always agree with him — he has been indifferent on some issues I think are extremely important — but no one can deny that he cares about people’s welfare. He’s been to Iraq more than once, which is very brave and very dedicated. You only need to know a little bit about him beyond SNL to expect good things from him in the senate.

But I think even those of use who knew he would be a senator for the people are surprised by his strong start. Very pleasantly surprised.

If Al didn’t do another thing for the next five years, his refusal to allow Lieberman an extra minute to spew on the Senate floor would be enough to make me his ardent fan indefinitely. Al is exactly what that stale, corrupt chamber needs.

Amen to that Kesmarn. That was a glorious little moment.

The look on Lieberman’s face? Priceless… 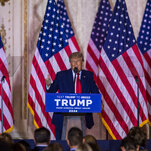 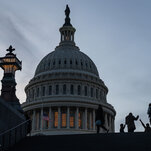 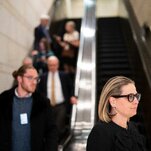 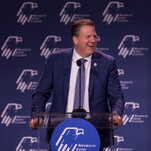 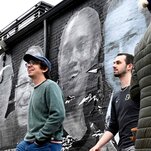 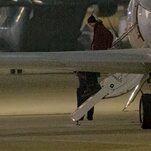