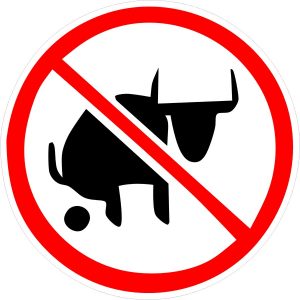 It seems a substantial portion of Americans live by the phrase, “Don’t pee on my leg and tell me it’s raining…unless you’re really, really convincing.”

Many WANT to be “sold” happy or comforting delusions, those folks don’t like thinking about things that make them feel bad or insecure and welcome any and all attempts to re-label reality. This is endemic in politics but just as intertwined in most other parts of society.

We could compose a long list of the bullshit in politics since the majority of political campaigns are molded out of it. In fact, the now-crumbling facade of the Republican Party is maybe the most obvious example.

The GOP claimed aggressively to be THE party of family and family values, protecting and respecting marriage, for those who believe strongly in being good Christians, fiscal conservationism, caring about our troops and on and on.

Over the past eight years and due to very recent events, Republicans repeating any of those claims now would result in chuckles or shoes whizzing through the air.

And yet, it was only four and a half short years ago that a majority of Americans voted for Bush to continue his reign of terror. It was no secret to many of us that he and the Repubs were just as full of shit then, exploiting 9/11 and “keeping you safe” to maintain power and continue their corrupt ways.

Why did so many buy it back in 2004? If there was another attack on the U.S. as Dick Cheney prays for, would he be right in thinking that it would flip a switch in people’s heads and make them once again open to believing the bullshit shoveled by Republicans?

I wouldn’t bet against it. The only solution to people’s fear of what could happen “next” is the lie that someone or some group can protect you from the unknown. This is an acute problem with a section of our population, many out there willingly remain open and available to being manipulated because of what they want to hear and believe. Having their their fears comforted trumps truth or the pursuit of truth, once they’ve embraced a calming solution, they can hold it in a death grip and be very unavailable to changing their views.

Now…I have a very presumptuous and sweeping theory about this…

People prefer feeling good to feeling bad, even if it means consciously ignoring the truth. In recent history, at one time or another, people have bought into the following:

1. America doesn’t torture.
2. America’s government doesn’t spy on its citizens.
3. Al Qaeda attacked us on 9/11 because they hate us for our freedoms.
4. If we give up some of our freedoms, we will be safer.
5. Bush was a good president because he kept us safe (as long as you forget about 9/11, the anthrax attacks, the destruction of the global economy, etc.).

When most people are young, they are told the primal concepts that God is watching over and protecting them, that all things happen for a reason, that if you’re good, good things will happen for you and that America is a place where you can have or be anything that you can imagine. In general, we grow up believing that life should be fair and that good wins out over evil.  We can surely work towards those goals but they certainly are not a given and haven’t been throughout world history.

For some, reality is sometimes an undesired weight to carry around and they welcome the opportunity to put it down. It’s a sensibility also connected to our consumer culture. Americans want to be convinced to believe things…even if in some cases they know deep down that it clashes with their experience of reality (easy answers to big problems…where would the diet book industry be without it?).  Or if it is too good to be true (dot com boom or housing bubble anyone?).

It is part of human nature, people like being sold on positive thoughts and to be that way, one must sometimes disconnect from one’s reasoning. Shouldn’t it have been a bit more obvious to a bit more people that houses just can’t go up in value so fast and so much forever, didn’t it look so obviously like an inflating bubble and scam? Why did so few reason that out? Because the gratification of the belief overrode their desire to reason.

As a society, this makes us very vulnerable to those with power and control in the world of media. They know far too well that people are like this and whether they’re trying to convince people to vote or protest against their own interests (against the stimulus, public plan for health care, saving the environment) or trying to delude the public to support their pursuit of profit (Iraq War, Stock market and housing prices, privatization) or simply trying to separate them from more of their money by convincing them that they NEED to buy more unnecessary “stuff” (Hannah Montana, Transformers, Snug-Wow), they have and continue to use this trait against the public.

This is not a call for cynicism, just a request for realism and reason.

We can hate Al Qaeda and see them as 100% responsible for 9/11 while still recognizing how our oil-centric policies in the Middle East have fed these flames.

We can support capitalism while still recognizing that some critical things such as health care and saving lives should not be subservient to profitability.

We can live in the real world and when we do, we have real decision making power in our own lives and greater control over our own destiny.

Thanks, really appreciate the props and your coming over! BTW, your separated-from-birth sister says hello.