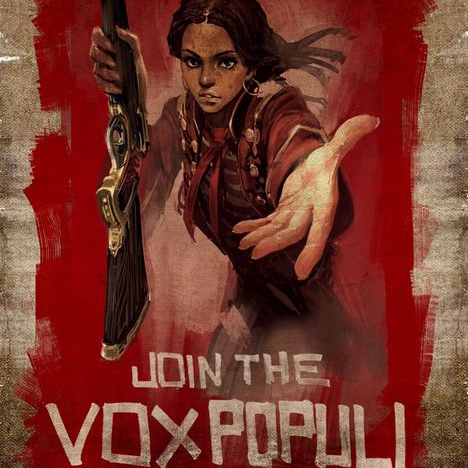 Vox Populi, our weekly live chat about the week’s events begins tonight at 7:00pm PDT. Hope to see you then! AdLib 4 hours ago

Hey glenn! How are you doing today? AdLib 3 hours ago

Hey Ad–Doing well, can’t believe I’m the first one here tonight. How are you doing? glenn 3 hours ago

Enough already. Lock the SOB up already! glenn 3 hours ago

So with that! The evidence is clear, the 1/6 committee has been doing a fantastic job. Trump led a violent attack on the Capitol to overthrow the election, plainly and factually refused to call it off until it failed. Treason. Insurrection. Charge the SOB! AdLib 3 hours ago

You’re the first tonight so you get your pick of the appetizers! AdLib 3 hours ago

Hey Ad, just looking at my name. How do I change Atlanta to Florida? glenn 3 hours ago

GA is going to indict Trump, I’m pretty confident about that. And unless Garland wants to be known in history as the man who held the door for Trump or his surrogates to overthrow our democracy AND send the message that a president can be lawless and a dictator with no price to pay, he should be indicted by the Feds too. AdLib 3 hours ago

Hello everyone twilson117 3 hours ago

glenn – click on the icon of three lines in the upper right of the Vox window then click on your name and icon, you can edit your location there. AdLib 3 hours ago

Hey Murph, hey TW–hope you are both doing well. glenn 3 hours ago

glenn – Here ya go! Hope that’s not too much cheese sauce on the nachos. AdLib 3 hours ago

Great to see you, too, Murph. glenn 3 hours ago

Not going to be here long Granddaughter is here and we’re going to watch a movie. It’s been 3 years since her last visit due to COVID. But just wanted to say hi and hope you have a great discussion there is a lot to talk about. twilson117 3 hours ago

So Murph, pregnant women can’t get divorced in MO. And now that it’s illegal for them to get abortions in the state and MO wants to pass a law to prevent them to go out of state for it, it’s not only forced birth but forced marriage and forced residency in MO. They are slaves to the state. AdLib 3 hours ago

TW what movie? MurphTheSurf3 3 hours ago

Ad–I hope right about those indictments. The man needs to be locked up with no access to the media! glenn 3 hours ago

I will catch you all next week. twilson117 3 hours ago

TW – That’s wonderful to hear! I hope you all have a wonderful time! AdLib 3 hours ago

And AD….men in this state get away with a complete disregard of their own responsibility in the matter of pregnancy and child support… MurphTheSurf3 3 hours ago

Ad– there is never too much cheese (or chocolate, for that matter) for me. Notthat I would put chocolate sauce on nachos,just saying that anything that would get chocolate sauce could never have too much! glenn 3 hours ago

Can there be any doubt in the minds of anybody except the MAGA cult now that Trump gathered a mob, whipped them up, knew they were armed with deadly weapons, ordered them to mob the Capitol and waited for hours for them to succeed in violently overthrowing the election until they failed. He is so flat out guilty! And the fact that the only calls he made during the attack was to leverage it with Repub Senators and communicate with Giuliani on overthrowing the election that night. And yet, Repubs follow this traitor and insurrectionist like a king. AdLib 3 hours ago

TW–enjoy your time with your granddaughter. You can “talk” with old farts any time! glenn 3 hours ago

Murph – That’s sad to hear but I assumed as much. No law to make men financially on the hook the moment of conception but laws to dominate and imprison women in marriages, pregnancy and within the state. AdLib 3 hours ago

Women need to rise up and strike down the genitalocracy. MurphTheSurf3 3 hours ago

And Murph, what a nightmare of spousal abuse and even murders that will escalate in MO now. Women will have nowhere to turn without risking their whole future. AdLib 3 hours ago

Murph–Considering tomorrow is my 74th birthday, I’m feeling pretty good. I’m resigned to the fact that I will never have full control of my right hand and foot, but I can walk and do most things, so I’m feling pretty good, glenn 3 hours ago

That’s why we buy the gallon tubs of hot fudge and nacho cheese sauce for Vox night. AdLib 3 hours ago

Murph – Or maybe the Penocracy? AdLib 3 hours ago

I got into a public argument with a woman who was standing in front of a Walmart handing out MAGA oriented propaganda support all of the anti-woman initiatives….I was furious and asked her why she hated her own gender…..and we were off to the races….eventually there were 6 people in the discussion with two on her side and four on mine (including me) MurphTheSurf3 3 hours ago

Ad– no doubt in my mind. Even before the hearings, we all knew he was a treasonous seditionist trying to overthrow our government, because he threw a temper tantrum because he lost! glenn 3 hours ago

glenn – I am sorry that you have to deal with the issues of your right hand and foot though. But I’m glad you feel well otherwise. AdLib 3 hours ago

Ad–didn’t think of the consequences of a GA conviction. Good to har. glenn 3 hours ago

Glenn…your birthday! At 74 – you are carrying a heavy load but, as is your style, with grace and courage. MurphTheSurf3 3 hours ago

WOW! Murph that’s a great word–genitalocracy. Never heard that one before! glenn 3 hours ago

Murph – Is my guess right that she hid her cultish slavishness to oppressing women under, “The life of the child!” If life is so precious, why isn’t the mother’s? They can’t answer that, why a clump of cells with the potential to become human possibly but not definitely, are MORE important than a woman who is living a life and contributing to her society right now. Because, as we all know, it is about control and power and supporting a society dominated by white men. She’s just a rube whose fear and anger has been used against her to further the domination of the already-wealthy and powerful white men in America. AdLib 3 hours ago

Ad–thanks for the birthday wishes! glenn 3 hours ago

Murph–awww, thanks! glenn 3 hours ago

Murph–I just don’t understand women like that. How old was she? glenn 3 hours ago

Ad….I think your interpretation is one that fits my experience with many of these women hating women….who couch their position in “higher” principles like so called Pro Life which is really Faux Pro Life. MurphTheSurf3 3 hours ago

Murph–definitely a spry 72 to be keeping up with your farm! glenn 3 hours ago

glenn – It’s so obvious now too. All that the 1/6 committee has revealed is what we already know about Trump. He wants what he wants. Period. Like the 5 year old brat he was and never grew up from. And that mentality is what all these morons connect with. All the blather about Trump having a defense of that he really believed the election was a fraud is such BS. The evidence clearly shows a mentality of, “I want the presidency! I’m gonna say and do everything I can to get it!” Ignorance is passive in such a case, Trump was as aggressive as someone who wants to just hear that there’s a way, illegal or not, to get what he wanted. That is so simple and so plain. AdLib 3 hours ago

I like your term too Murph! AdLib 3 hours ago

I believe that the January 6 committee is not an inquiry like Whitewater was…it is instead a presentation to a grand jury…..the american public by a very competent DA MurphTheSurf3 3 hours ago

Ad–a good description of that kind of woman, but I still don’t understand it. Bet she refuses to wear a mask, but can’t see the hypocrisy of letting the “government” tell her she can;t have an abortion, butwon’t wear a mask to save other people’s lives. People who are already born. Like George Carlin said, “if you’re pre-born, you’re fine. If you’re born, you’re fucked.” glenn 3 hours ago

Murph–wishing rain and cool weather your way. glenn 3 hours ago

Murph – It’s such an insulting theft of terminology. All that Repubs use is Doublespeak. Those who want women to die along with babies after they’re born and support the death penalty and gun proliferation to kill thousands are “pro-life”. Those who stage a violent overthrow of their country to install a dictator are “patriots”. Those who want to force women to be slaves and prisoners to their state and want to ban books, teaching history and even the right to speak about LGBTQ want “freedom”. Of course they love Trump, they all live a life of lies and hypocrisy and Trump is the Patron Demon of that. AdLib 3 hours ago

Murph – You have so much work on your plate, not just farming but as you say, doing it during droughts and extreme weather nowadays. Have you thought about when you might retire from farming or would you do that? AdLib 2 hours ago

ad the Hypocrisy is MONUMENTAL. MurphTheSurf3 2 hours ago

Ad–exactly. He knew he lost, but as we both know, just thought he could get away with it. He has no idea of what his office meant, what our democracy is all about, or even the basics of history. I hope his shit is fnally catching up with hom. glenn 2 hours ago

Ad…and I am working on the Kunce Campaign…..in fact, that is filling in a lot of the empty space where my farm work used to be MurphTheSurf3 2 hours ago

Murph – Very good point. I think that’s exactly right. The 1/6 committee, knowing that the DoJ doesn’t want to indict a president but knowing that if his horrible crimes are allowed to go unpunished the nation is doomed, have indeed been prosecuting Trump and those who supported the coup to lay out the case mostly for the DoJ but also for the public in hopes that at least, if he’s not indicted by the DoJ, he will forever be seen as the monster he is and rejected from holding power ever again. Trump is a murderer, whether from his actions at the border, on Covid, or through the insurrestion. He is a mobster just as he’s always been characterized and a total sociopath. Can you imagine where we’d be if Jim Jordan and Ted Cruz were on the 1/6 committee? There would’ve been major sabotage of it. We are so lucky McCarthy made such a self-destructive decision, at Trump’s urging, to boycott the committee. AdLib 2 hours ago

AD and and Glenn…why is Garland and the DOJ dragging their feet on this. MurphTheSurf3 2 hours ago

McCarthy is a dum-dum, and in that we caught a break… MurphTheSurf3 2 hours ago

Murph–that’s a great description of the Jan. 6 committee. They began as an inquiry, but they quickly saw how this insurrection started and who started to it turned into a grand jury presentation. glenn 2 hours ago

Glenn…their inquiry continues but in the form of case building….for now, and for history. MurphTheSurf3 2 hours ago