Home Featured Posts The Fall of the New York Times 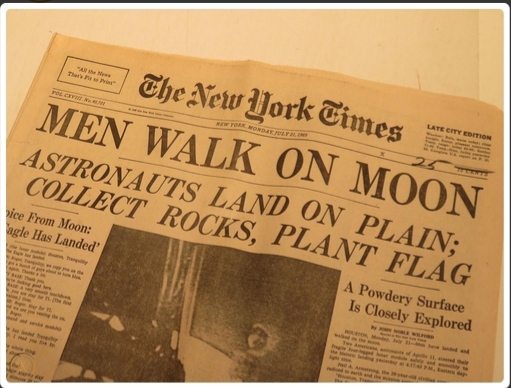 The world has changed, or rather it has been changed. The New York Times has not. They and all the newspapers of the land were once considered to be a major institution. That was when they were the primary providers of news and information. And of opinion.

The web makes that no longer the case, the Internet is the provider, and of course it makes “balance” a nonissue because every perspective is presented, ‘ad nauseam.’ But, the press could and should have a new role, a role much more important than information gathering: TO HELP US UNDERSTAND all the complex, voluminous, multi-faceted, conflicting, sometimes dishonest, biased, often disinformational, content in what is childishly called, “the news.” But, I see absolutely no sign that the NYTwits understand that at all. They still “interpret” the news (with embellishment), which is essentially to guess or assume the motives of the actors; or to make predictions (everybody’s got one!) That is entirely subjective. To be “objective” is to take the, “broader view.” But a broader view where the scribblers set everything as equal is nonsense. It’s funny that fence-sitting journalists are the only ones who believe that all arguments are equal. Well, I guess I should include Rednecks when they are losing an argument.

Here I am, trying to sort out what is right, and these Pulitzer winning bozo geniuses are whispering in my ear that right and wrong don’t exist, that all arguments are equal; even if they are based on lies, or are racist or misogynist, or dangerous, or even treasonous. It doesn’t matter: It’s all good. (Bullshit.)

I don’t want to be influenced. Least of all by the writers and editors of the Times, I don’t trust them now. But to set all arguments as equal, even when dishonestly presented, IS TO INFLUENCE in a most pernicious (and cowardly) way.

Donald Trump is a criminal, everyone in this star system knows that; but this very day, one of the Knickerbocker writers at the Times wrote, in a piece that leaped back and forth from opinion to judgment to tiresome repetition of old news, that Trump “lies with every breath.” How novel! How about helping us analyze the lies, and understand them. Understand the motives and the background. So that we can decide for ourselves what has value. What has quality. Ain’t that one hell of an irony.

I’ve been arguing the “quality argument” for fifty years, and now my antagonist is the New York Times. But I have to admit: if you are going to negate, equivocate and dilute, and set equal, the Times has some real pros.