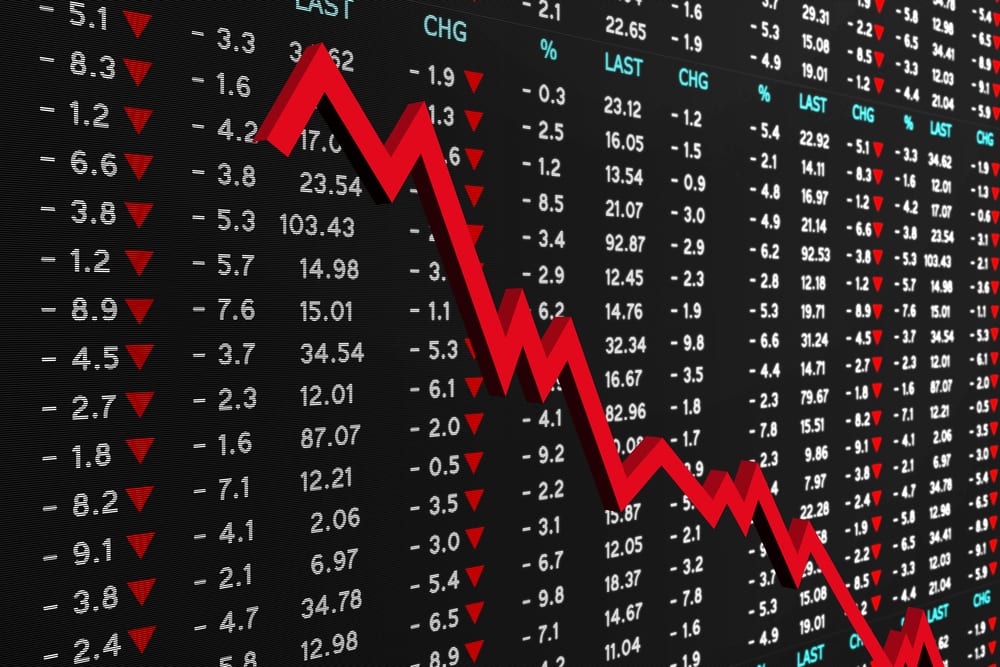 Oh yes he can do that! He can, based on a 1988 law that followed the “Black Swan event of ’87,” that empowered the Prez to stop the stock market, or limit prices, “in an emergency.” I’d bet that your broker never told you that this is a very real possibility. Well, “bugger me senseless,” as is said in England.

I remember when, some decades back, a certain Fed. Chairman asked the American people, the “Regular Joes,” to invest their hard-earned INCOME in the stock market. Frankly, the appeal wasn’t terribly successful. But, it had an effect. Frankly, it worked on me. Some were saying that buying stocks showed loyalty. Some thought that the time was right for the “little guy” to get his due. Yeah, Right!

If you were taken in, you probably just missed your target for retirement. Sorry. If Trump stops trading by Executive Order, then you have stock, but you don’t know what it’s worth. Confidence will be destroyed. You know that Trump’s bosom bud, the “Bloody Prince,” knocked about a quarter off the price of oil by having an old-fashioned “fire sale.” It may never come back. Trump gambled on oil. He put all his eggs in one basket! Recently, everyone on both sides of the political divide has come to believe that all he has going for him is, “the Economy.” Not so much, now.

There are a few staggeringly huge problems with stopping the market: On what basis do you restart it (Who takes the hit)? What do you do about automatically triggered trades (do you deny them?). Exactly where do you set prices before restart; at the previous close? WTF? Will these socialistic price controls be indefinite? And will controls be extended to more of the economy in general? Obviously, there aren’t any easy answers to any of these questions. But investors have cut to the chase: they have one thought today, “Sell out, and get out.” Of oil, at least.

If you thought that COVID-19 was totally beyond DT’s depth, you were right; but, “you ain’t seen nothing yet.” In a word, Trump is on the verge of wrecking the global economy, by incompetence. We all knew that he could do it!

The global economy depends on oil (energy) profits. Without markup, less cash will be available for expansion and countering the effects of depreciation and inflation. Lines of credit will dry up because there’s only so much to go around (money, and goodwill). Without the lines of credit (that owners require each and every year), production will fall off and employment will suffer. The world will lose confidence in our fiscal leadership.

What did we expect? To keep the Wingies from going berserk, we allowed them to name the leadership of the country. They, strictly for the sake of arbitrariness, employ a clown who doesn’t know shit from Shinola. Who does everything as ass-backwards as he can manage – with expert advice in fucking-up, from professional fuck-ups.

You want to know what this all boils down to? Anti-intellectualism convinced the “turd” that expertise doesn’t exist. That it doesn’t matter who runs a broken system. It matters more than ever, obviously.

This is no warning, or prediction, or forecast. It’s front page. American oil investors are losing their shirts. I’d be glad to rent them one.

You know, there’s one thing about that little ole stock market, actually two things: one is that if you look at a longer-term chart of the Dow, you see an increase in value that has steadily increased since 2008 – when President Obama took office. Hardly even interrupted by DT. Second, the Dow is lower today than when Trump took office. I missed the boom somehow. I must be losing my hearing.