Right now, we shouldn’t be worried about nabbing criminals like Trump and his “Liars Brigade.” Nor pre-primary primping (They never explain how they will do all the things that they promise. I’m not talking about the finances of it, but the politics). Nor the demise of Hollywood. We should be getting ready, and we’re not. And that is the real danger of Trump’s incompetence.

In Chicago, in the summer of 1995, two thousand people died as a direct result of heat. Most were elderly, Grandmas and Grandpas; but not all. You had to drive a hundred miles to buy a room air conditioner.

In Chicago, in the winter of 1993, the polar vortex had dissipated. The same thing is believed to have happened in the winter of 1983. If you were there, you can’t forget the devastating cold. (I was, and I didn’t miss a day of work: that’s Chi.)

The coming summer will be the second since the most severe, and near-complete breakdown ever, of the weather generating and regulating system; consisting of the Polar Icecap, the polar air mass, the sea, and the vortex – collectively known as the North Pole. It’s going to be hot. Very hot!

For most of the last fifty thousand years, this planet has been gradually warming, with relatively brief intervals of ice, one within the written memory of our current civilization. But since then, things have been getting hotter faster.

That wasn’t a problem at first, which obviously worsened the problem for us today. We have a not-so-vague genetic memory of the end of the Ice Age, with its terrifying, giant man-eating carnivores everywhere you looked, and what must have seemed to be perpetual gloom and frost. We feared the ice. Now we must learn to fear the heat!

We should be preparing; lives depend on it. We should declare war, in alliance with our brothers in Europe and the Pearl Isles. I don’t think that we can do enough if we tried; not at this late date. But we, if we follow Trump, are going to take the rap for killing…? How many? Especially Donald Trump. I pity him. However fair, if this comes to pass; he will be remembered as the evilist monster of the age. He will define the word, “monster,” like Shelley’s Frankenstein, a creature who can’t comprehend the value of life, who kills a darling baby child without remorse, indeed without comprehension.

Only: Trump would kill Western Civilization. Does anyone believe that Russia, the cruel Turk, and the East will not feed on our carcass? That’s almost funny.

We really can’t do that much about the weather. But, we can start.

People are going to die if we don’t do anything about climate change. Trump knows climate change is real. Totally convinced he just doesn’t care … because he thinks the worst of it will happen when he’s not around. Right now it’s deny deny deny – and help his rich fossil fuel buddies. The heck with the poor. Although having federal assistance would be the ideal solution – individual states do not need him, especially if you have a governor that vows to act on climate change. My governor is trying to implement a carbon tax. I’m in favor and think it would be effective. So much more needs to be done but that’s a start. 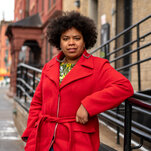 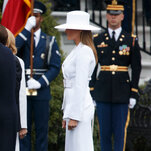 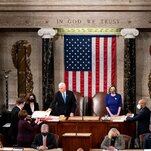 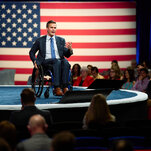 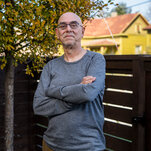