Why would any world leader want to talk to a autocratic dictator – in secret? Well, for one thing, there are tricks of the trade known to vicious tyrants like Erdogan, Xi, Kim, etc., that can be useful to Trump down the road. He’s receiving world-class mentoring in a nefarious business.

“What could Trump learn,” you say? Well, for instance: Erdogan has been working for several years, and through several very involved constitutional steps, to develop an, “Executive Presidency.” That is exactly what Trump is after. And there’s the part about Turkey’s plan for nationalized, or partially-nationalized, press: the government would be part owner of every news organization. Or, how about, “President for Life;” Xi’s political (and media) coup. That took years to realize. Or Kim! He killed his uncle because he didn’t smile enough at Cabinet meetings. Trump will need to learn everything that he can about brutality, and about perversion of law and process, to arrest and punish the thousands that he is planning, right now, to “punish for disloyalty.” These techniques may take a little time to master; but I’m confident that Trump will make a most apt pupil

And, of course, Trump can learn from the Saudi lords the essence of brutality and blood lust; (essential in dealing with the Republican Caucus).

Trump has had the finest tutoring, all his life, in evil. Everything that touched his life taught him dishonesty. His father’s crooked business practices, and his father’s associates were the source. As a very young man, fresh out of college, Trump fell in with New York’s most notorious Mafia fixers and advisors. They reorganized the mob into a more centrally-run operation – though the reorganization caused a war.

I suspect that as various tyrannical regimes abroad adopt these formerly unthinkable policies and practices, Trump and the Ultra-right, anti-Democratic forces in America will use the fact that they were constitutionally adopted in one country to change public opinion in this country. Then they will change law and policy.

Or, simply stated: Trump meets in secret with criminal dictators to offer and receive personal pledges of mutual support, public and private, outside diplomatic channels, which is treason. And to make political deals like when he sold out the Syrian Kurds in his recent meetings with Erdogan.

Ben Franklin began diplomatic relations for the United States long before the government itself was constituted or proclaimed. I can’t help but muse about what he would think if he were to see our current sham government, and mock President. A government that has become incompetent to carry out its duties, and incapable of leadership. And a President who believes his own lies.

I think that first he would weep.

*** Scan the headlines (It doesn’t matter what day it is), and you will see numerous incidents of election interference. So often, as with the story from Nevada today (Thursday, 10 Sept 2019), the criminals are professionals, who nevertheless are unregistered agents. They each commit hundreds of violations. You might call it a “hot vertical;” everything related to electoral corruption is booming. They are making careers from stealing my birthright, and I say that we should fill the prisons with them. 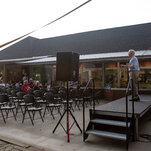 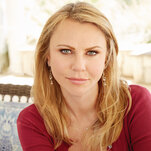