For those of you who aren’t familiar with me or my work, My name is Dan. I am the simple performance artist. I sing, I dance (kinda) and I tell the funny story. I’ve been writing plays since the 1970’s, and some 19 of them have been produced on some level (Workshops all the way up to paid productions). I got on the map a few years ago with a play about Occupy Wall Street entitled How to Stop the Empire while Keeping your Day Job. There’s a list of my one-person shows on my website. I’m explaining this in order let you know where I come from and why this article (ostensibly about theater) might be worth your time.

Most of my one-man(and sometimes one-woman) plays have been written about people the world views as ‘troublemakers’. These are protesters and activists, although some are also scientists or other knowledgeable people who’ve warned of hard times or potential calamity ahead. About two years ago (following some research I had done in conjunction with the People’s Climate March) I wrote a one-man play based on the science news about climate that was coming out. The play, titled PLANET HOSPICE(a lighthearted exploration of the sixth stage of grief, gallows humor), is about to premiere at the Ithaca Fringe Festival, with productions by other companies looming in NY and other locales (production and ticket information about Ithaca is here).

I’m glad I have the productions. I’m gobsmacked that they’re occurring. Planet Hospice is a lecture/clown performance on climate and and the probable near-term extinction of humans, given by an evolutionary biology scientist and climate activist named Dr. James Light. Doctor Light, who’s been cashiered from his cozy university job because his lectures upset his students, has been researching the tipping point for climate warming. He has been wrestling with the question of what people should do if in fact the human race is on a short path to extinction — if people are on the way to eternity’s trash compactor. Dr. Light presents his case while dressed in clown garb–And as a clown, he tells funny stories. He makes balloon animals. He plays with puppets. He tells jokes about death and eternity and the Kardashians. But Dr. Light also talks about his own sense of loss and his decision to not father children. And he lays out a plan for what people might do if there’s no future (starting wit being more generous and loving creatures). In his view, we are all in a condition of hospice and need to act on those things that are important, including the need to be with people we love.

As I’ve contemplated this production over the past week or two, I’ve been thinking about the narrative, much of which is cribbed from people like Guy McPherson, Michael E Mann, Malcolm Light and Carolyn Baker. The end of our era (and the probable end of our species) will not be caused by a meteor or comet hit or (barring craziness on the part of the US and Russia) because of military splitting of atoms. We’re facing this abyss because our downfall is our survival instinct. We like us. We like having lots of us around, especially if they all look like us. The urge to procreate (and the urge to find another) is our existential siren song. And that siren song has brought us to a point in 2016 where we can see the consequences of our cleverness.

And current events have forced me to re-think (and in some cases, re-write) sections of the play, which I originally ‘put to bed’ in August of 2015. Recent evaluations of carbon build-up in the atmosphere find that the only parallel build-up occurred 66 million years ago at the PETM mass extinction. I was on safe ground last August when I stated that average temperatures had gone up a mere .85 degrees Centigrade since the beginning of the industrial revolution. But we’re up to 1 C as of last November, and (per NASA) February saw temperature average up by 1.35 C, with heating spikes up to 2C, the number that the negotiators at the Paris COP21 conference felt was too high to avoid disaster. Some of the folks who felt six months ago that I was overly pessimistic realize now that my estimates were conservative. So now I have to go back and start making changes in the play to reflect newer, worse numbers. As Dr. Guy McPherson once pointed out, all our numbers are now ‘illions’.

Climate collapse is not on our event horizon now — only a modest majority ofAmericans even think climate warming is a serious problem. We’re far more consumed with the contest for the US White House or the latest celebrity PR story. Evolutionary biology did not equip clever apes with the coping skills needed for problems of the sort presented by global warming. So the question then becomes what one does in the face of extinction. If you think we’re on that road, what do you do? It’s a question that I wrestle with in the play, and the best answer I can come up with is to behave as if you’ve reached the state of hospice care. Every day, every hour is vital, and (as the singer said), they don’t make hearses with luggage racks. There are still possible remedies that have more than a palliative effect. And to paraphrase Edward Abbey, action is the antidote to despair.

In the meantime, if you want to know where we stand and you’re near Ithaca NY in April, drop by. 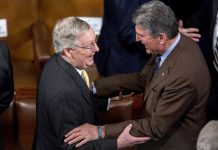 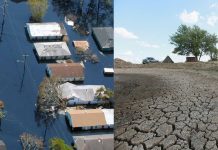 A Proposal: Mitigating the Damage From Climate Change 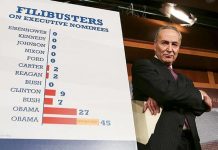 Dan, I have followed the Occupy movement and find it to be a worthwhile endevor.

To me the environment is the most important issue we face today. Too many politicians from both parties are making decisions that hurt the environment. Nearly all the republicans and some of the democrats vote against anything that is designed to help the environment.

Thanks for writing this and good luck. I’m in Vermont and can’t get to your play.

Valuable information. Happy to know you care about the planet and its inhabitants. If I could be in Ithaca I would surely come to see your play. Who knows, maybe I might be. Thanks for this informative article, and for letting me know a little about what your daily life is like. I admire your dedication.

Monica–not sure where you are in this great land of ours, but I’ve just signed a contract to do the play in NYC in November as part of an international festival of one-person shows. Tickets will be on sale in the next week or so (the festival opens the ticket window early and then books additional shows per demand). You can check my website at http://www.brooklynculturejammers.com. I will also travel if someone asks me nicely and can put me up.