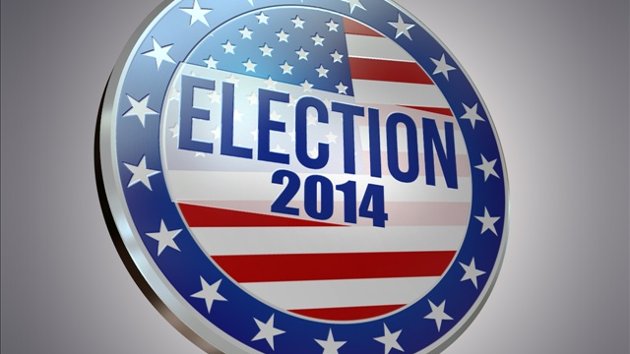 It’s election night and there’s no better place to spend it than in our real time live chat here at PlanetPOV!

Express your views on the returns as they come in with your fellow Planeteers as we discuss what they mean in the near future, 2016 and beyond.

Hope to see you here!

So sorry I’ve missed you guys last night. SHAME ON ALL these voters….And the world laughs as gullible, imbecilic, stupid Americans vote against themselves.These President has done too much and finally brought this country in it’s standing legs.How can American democracy survive the wave of massively ignorant people????Way to go DUMBOCRATS!!!!abandoning Potus AND ALL?TRAITORS! GFYOURSLEVES, HORDE OF STOCKHOLM syndrome. I am furious…….

HI Adlib and every body at planet POV.

missed badly on the senators.

LMAO Way to go Republicans voters??? GOP billionaires spend approximately 1.5 billion dollars to gain nothing?
point one The GOP can not get by a filibuster..
point two. The GOP can get by a VETO.
If they change the rules to 50 They lose filibuster power in 2016 because they have to defend 26 seat and on 10 for the dems. They could lose 10 seats in 2016. THen have no filibuster power. Nothing get done again for 2 more yrs.

———
ACA will they repeal their own republican plan?? The gop low income families need it the most!!
SO if the state decides not to use it they LOSE Billions in State funding and have to raise state taxes so republicans will have to pay more money to get less h/care.

The GOP will have to take h/care away from 3 million republicans total 10 million because of an avg of 3+ for a family and republicans in college will have to pay more for h/care for they have NO Plan call it the mystery plan .
Results, Republicans pay higher state and lose income??
Way to go Republicans voters?

—–
The GOP in each red state will lower taxes on the rich. regular republicans pay more state taxes and lose income again to balance the state budget or create MORE DEBT. They are all already broke and losing credit ratings creating even more debt for interest going up. They can raise taxes but they will not republicans will have to pay higher taxes any way
Way to go Republicans voters?

All republicans on min wages will not get a raise and lose income?
Way to go Republicans voters? mayors in towns could raise the minimum wages and create MORE JOBS will they?

State employees will be cut by 1/2 and republicans will lose 200,000 republicans jobs.
LOWERING income again. The red states get less revenue creating more debt. They are already broke.

The law will make republicans LGBT community be able to be fired for being LGBT LOSING JOBS and LOWING INCOME AGAIN! Losing more state and federal taxes MORE DEBT.
Hispanics voters you now have little chance for getting for your fellow Hispanics to get citizenship??
Way to go Republicans voters?.

IF the rich and rich corps pay get tax reductions. Guess what, republicans in the two lower income ranges get to pay MORE FEDERAL taxes or CREATE MORE DEBT? The republicans all ready pay 2 to 3 times higher already.
Way to go Republicans voters?

The Keystone pipe line might get completed maybe creating 1000 part time jobs. Mostly Canadian not americans. Creating MORE hazardous waste will the republicans will have to pay more for Gas products LOSING MORE INCOME.
Way to go Republicans voters?
———
OR
OBAMA can use executive powers and vetoes to SAVE all those republicans and every body else HIGHER taxes both state and federal and GET MORE INCOME!!

Good thing the president is a DEMOCRAT.

THE WAR ON REPUBLICAN WOMEN CONTINUES.
ALL red states and the nation.
PRO life bills will cause MORE DEBT by the billions so you will have to pay MORE FEDERAL AND STATE OR create MORE DEBT?

Of course you can be pro life any way because Pro life is a choice is an option under Pro CHOICE.

Again if you drop pro life bills YOU CREATE NO DEBT and DO NOT HAVE SPEND ANY MONEY Saving Billions.
WAY TO GO REPUBLICAN VOTERS CREATE more DEBT YOUR RED STATES are already BROKE any way?

Clearly there is something wrong with the democratic message.

When you have blue states like Maryland, Ill, Conn, Mass on the way to electing GOPers and blue stalwarts re-electing GOPers who have not significantly improved our economy, then you know democrats have a problem.

And the problem is messaging. It is a lack of a populist economic message that can be delivered with conviction by democratic candidates.

Waiting for changing demographics is a quixotic quest. This treats minority voters as a monolithic group and is in many ways insulting because it essentially takes them for granted and keeps democrats from actually developing an appealing platform that inspires Americans of different stripes.

If democrats want to win, they will need to start at the grassroots with a populist message

CD, much of what you say makes sense. Democratic turnout the last 4 midterms has been about the same. It’s the conservative turnout that has fluctuated. If you are going to engage those that don’t participate in our democracy you need to find a new plan.

I guess not being the party of torture, false wars, melting down the world economy isn’t enough anymore.

Democrats can’t change their messaging and continue to receive the tons of dark money they are receiving for their individual campaigns…we are witnessing a government where both parties have been bought by and sold to the highest bidder.