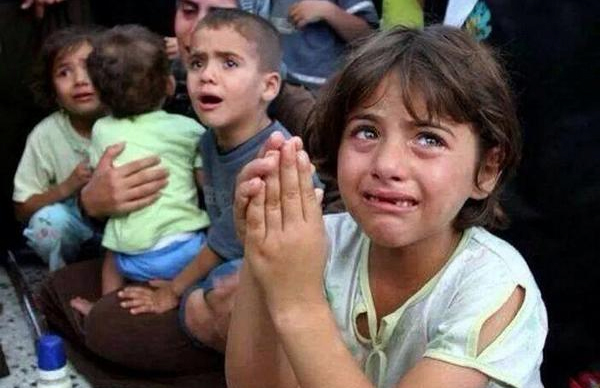 The media and politicians are so excited to call “Hypocrite!” on others that they are almost cartoonishly oblivious to what hypocrites they turn themselves into just to make that claim.

President Obama won two presidential elections in part to his opposition to the Iraq War and his vow to end it. He kept his word and also followed the withdrawal agreement made by President George W. Bush with the Iraqi government to withdraw all combat troops from Iraq by the end of 2011.

Now, when a rabid and murderous terrorist group has invaded Iraq and is killing thousands of people in addition to threatening a virtual genocide of the Yazidis and the Iraqi military is unable to stop them, Pres. Obama is called a hypocrite by agreeing to the Iraqi requests that the U.S. make targeted airstrikes against the ISIS terrorists to protect these innocent people.

And such sentiments can be found all across the political spectrum, there are Democrats and Republicans, MSNBC and Fox pundits who all come together either explicitly or through inference to call Pres. Obama a hypocrite…because it’s good for their business.

Are they correct? Is a war of invasion launched to take over Iraq the same as using military force to protect a religious community of 50,000 people in Iraq from an invading army? Yes, they both have the country of Iraq in common for where military force is used but is such a simplistic reason for  branding both actions similar reflective of reason?

Imagine that the police raided a home for the wrong reasons and it led to innocent people (and themselves) being hurt or killed. Then imagine that ten years later, that same homeowner calls police for help because there are armed men inside his house who are killing people there. When the police go into the home to stop the armed men, is that identical to wrongly raiding the house as they did ten years before?

What if ISIS was invading Jordan or Israel or even somewhere in Europe and on a murderous march through the country, would President Obama be just as much of a hypocrite if he acted against them then? Are hypocrisy and conscience conditional based on what the latitude and longitude is of a terrorist-driven slaughter? If it’s within the borders of a nation we wrongly invaded, we shouldn’t act but if it’s in a nation we haven’t invaded before, we should? Wouldn’t it be the least we could do after Bush and the neocons devastated Iraq, to come to their aid when another invading force threatens their people?

Iraq’s military is weak, fearful and scattered, they allowed the ISIS terrorists to take their military equipment and rob at least half a billion from banks, so ISIS has basically become the dominant army in Iraq. Even the vaunted Kurdish military, the Peshmerga, was routed by them and the Kurds were on the brink of defeat and invasion before the U.S. stepped in.

And what is the result from the limited airstrikes Pres. Obama ordered against ISIS?

Burned by the sun, blistered with thirst and weak from exhaustion, thousands of Yazidis on Sunday fled the mountain on which they had been trapped for a week, streaming into Iraq’s northern Kurdistan region after a harrowing escape from extremist fighters that some said was aided by U.S. airstrikes.

After the strikes on Friday dispersed Islamic State fighters, Syrian Kurdish fighters with the PYD — an affiliate of the Turkey-based Kurdish Workers Party, or PKK — arrived to secure a passageway into Syria, then back into Iraq, he said.

50,000 innocent people driven from their homes to a mountain top by murderous terrorists. Children and elderly dying from exposure and lack of food and water…not to mention the 500 of them already murdered by ISIS and the many women kidnapped to become their slaves. No one would help them, not one country in the world, especially not Iraq itself. Despite the potential for political attacks against him, Pres. Obama decided that we could not stand by and watch the Yazidi or Kurds massacred by ISIS so the U.S. stepped in and both groups have been aided. Isn’t this the kind of use of our military that we would want? Defending and rescuing the innocent from the bloodthirsty?

The U.S. has always represented that its military is supposed to be a force for good in the world. Whether in Libya, Bosnia or in other interventions intended to protect innocent people from being mass murdered, the U.S. has stepped in militarily at times (not all the time) to defend many in another country who are in immediate danger. It is also true that the U.S. has used its military wrongly to invade other nations and/or prosecute unjustified wars. However, it is not sensible to throw away our ability to reason and discriminate between different situations and instead just lump together all that our military does just because it happens within the same borders. Isn’t there a glaring difference between lying to invade and take over another country and launching limited bombing attacks on terrorists to stop them from murdering innocent civilians?

Every news report that claims this is deja vu, that “Here we go again!”, that President Obama is going back on his word and being a hypocrite for sending our military back into Iraq are simplifying things just because the story they want to tell is more advantageous to their bottom line or agenda, not because they actually possess the morals and principles to be “outraged” at true hypocrisy.

And that would seem to make them the ultimate hypocrites.