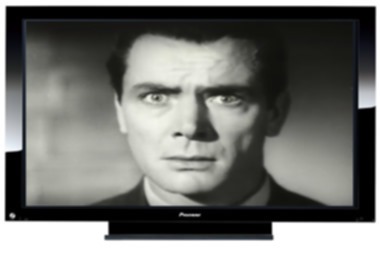 I’m afraid I have some scary news about fear…it’s terroriffic!

Fear and gold are two of the best investments you can make in tough times. Oh, and I hear Astroglide stock is doing pretty well too.

Killing Grannies is up astronomically, America becoming Russia is getting a “recommend” from Jim Cramer and Obama being a socialist, Kenyan, Muslim Hitler is hotter than a burning cross.

We’re unfortunately all too familiar with the cheap knockoff of Fear that is the cologne of choice by those desperately clinging to their guns, bibles and few remaining teeth.

But has all the wasteful usage of Fear created a shortage in the commercial sector?

I pondered this as I rushed to my doctor’s office to get a combo Swine Flu\Avian Flu\Mad Cow shot with a Flesh Eating Bacteria chaser.

I recalled that there is one use of fear on TV that is so casual, prolific and offensive that  it deserves a special place in the Terrorist’s Truck Bombed Hall of Shame.

Have you seen them? It’s always an upscale white mother and daughter or young white woman just coming off a pleasant time when an Evildoer smashes like an idjit through her door like a linebacker. She (and sometimes her daughter) screams, the alarm whines and this genius burglar/rapist/tea bagger who had no problem with the decibels of crashing through glass windows or heavy doors, is terrified by high pitched beeping and runs away like someone who’s just been invited by Dick Cheney to join him on a hunting trip.

It is the banal nature of this long time advertising theme of ADT’s that makes it most offensive.

“Hey Ladies! Be scared! Men are coming to break into your home through doors and windows like the Kool Aid Guy!! AAAH!!!! They’re a comin’ for ya! We know you never hear about this as a serious concern but it’s serious for us. Seen our stock price?! Now that’ll curl your hair!”

The idea of convincing people to be terrified that they are not even safe in this world in their own home and are likely be attacked when they’re while lying on their couch in their underwear, eating Cherry Garcia and watching CSI…is pretty fucked up.

Makes you want to hire a company to protect your loved ones from the ads of protection companies.

Fear tactics, isn’t that what the Repugs would call”crowd control?”

Yep! And their religion as well.

they know now that fear causes a desire to ACT. so they frame the fear to produce their preferred action.

knowledge is the antithesis of fear. so our task is clear: educate the masses. that’s why i’m here on pov!

I would add that fear has always sold, I think 9/11 just made the use of fear to sell wars, security systems, opposition to health care and black presidents more typical and casual.

And fear makes sex sell better because sex gets a boost from fear.

There was that experiment where they asked men which of two women they found sexier: they were placed with the women either in a neutral bland environment, or high up on a swinging bridge. The men found the women on the swinging bridge sexiest.

It makes sense. Both sex and fear involve arousal.
Oh don’t you remember when you were afraid that you both were going to get caught? … HOT!

Ask pages, visitors to the MN bathroom and the wives of several GOP politicians what the fear of sex does to Republicans.

It make them go cra-zy!

And on hikes up the Appalachian Trail…the long way around, through Brazil.

Looking at it merely scientifically, maybe fear/fear of death instinctively arouses the need to procreate.

Looking at it merely as a teenager, “This is so hot! My mom would shit if she caught us having sex like this! While we’re texting!”

Nice point about fear of death and sexual arousal!!
Do we have a budding psycho-socio-philosophico-logist on our hands.

The best ideas are obvious. Excellent!

BTW, I haven’t budded for a while, good suggestion!

😆 those ADT commercials are a huge pet peeve for me as well. They show them allot on the channels of fear like Discovery ID and Discovery channel that have all those crime documentaries. It’s like they double up their message of fear.

The new fearcare tactic the GOP is pulling to try and destroy healthcare reform is Steele coming out with a so-called “Seniors’ Health Care Bill of Rights”. They are now AGAINST cutting Medicare costs after trying to cut Medicare for years just to try and scare seniors. Ironic since one of the main clauses in “Contract with America” was cutting Medicare and Medicaid costs to the bone.

I saw the AARP came out against them on this which is good.

The feeble minded people who are buying into any of the GOP bullshit are almost urging younger, uninsured folks to oppose them and Medicare.

They’re oblivious but they are participating in a generational war, the elderly idjits who want to keep all their socialist health care but have been stampeded against younger folks having ANY health care in some cases.

And it’s been public knowledge anyway that Medicare can’t be sustained as is so those elderly idjuts would drive it all off the cliff and have Medicare blow up then trim costs and survive?

My mom is on Medicare, she’s concerned. I want her covered but in a way that keeps her covered in the coming years.

You are also right that many seniors are being very selfish. They have their government healthcare and don’t care about the uninsured. My parents get the best healthcare of all VA care but they realize that they are the lucky ones.

Then again, maybe I secretly want to kill my daughter’s granny.

She did complain about my haircut last time I saw her…