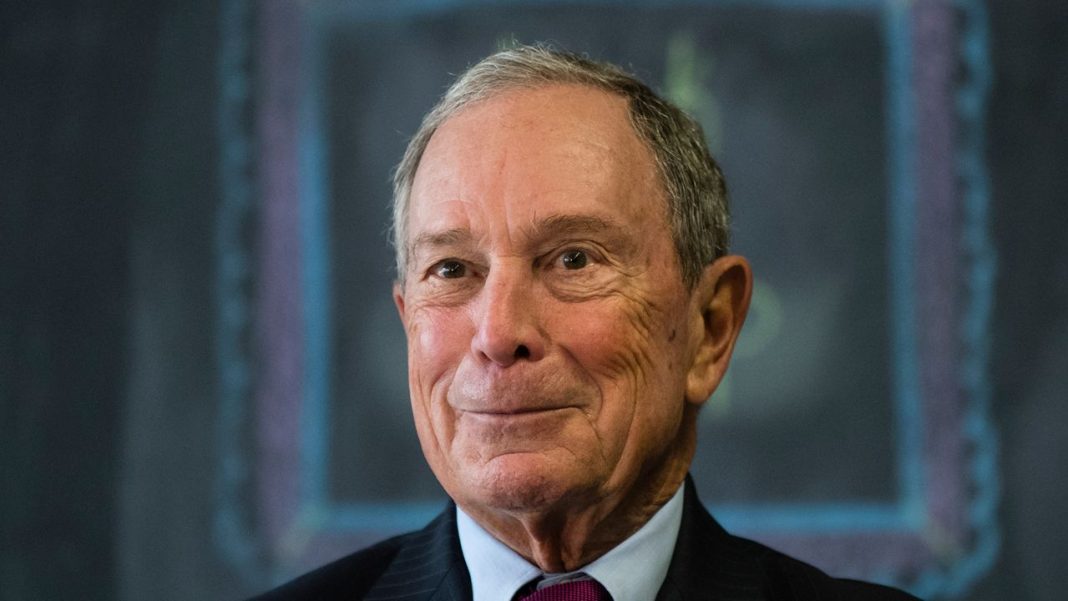 “O, What a Tangled Web We Weave.
When First We Practice to Deceive!”

Why did Michael Bloomberg promise for all these years (please read the attached article) to make public his tax returns, but never produced any useful ones? Why does the former Mayor of New York City delay, and delay? Why is he saying now that revealing his tremendously complicated taxes would reveal his, “secret sauce,” the secret to how he made his fortune, when he has always said that it was an open secret?

Indeed it would reveal a secret!

Every attack on Trump and his criminal empire, and now on Bloomberg, has been based on something that one or the other did, or might have done, in the past. That’s the way they want you to think. Try to prove that Trump stole, corrupted, and manipulated – he wants you to. Even if you do, try and hold him accountable for his crimes now. Those are all accomplishments anyway, to people like Trump. Bragging rights.

But Mr. Sachs, with indirect assistance from Rudy the Shill (“I know how not to break the law.”), made it clear to me what billionaires fear. It isn’t losing the recipe. They fear us knowing all the ways that they: “don’t break the law.” I would ask every political candidate not how he “made” his money, but how he “makes” his money. I think that they would all turn out to have only the appearance of propriety, and their excuses for not paying their fair share would wither away in the light of day.

I think that if Mike Bloomberg, probably more than any other single American, were to reveal even a single year’s tax filings, court documents, financial disclosures, and investments; he would become the model for: “not breaking the law.”

But, if we knew his methods – their methods – then we could fight them. And dismantle their empires. We could take back control of our country, and our futures.

Mike. I don’t know whether to laugh at you, or hate you. But, thanks.

Steppenwolf, thank you for your succinct and very damning article, which lays bare why Mr. Blooomberg has been playing a shell game with American voters about releasing his tax returns. And Bob Hennelly’s Salon piece you linked fleshes out what Bloomberg has done and why he never would let his tax returns become public.

I hadn’t known before what you and Bob Hennelly have documented. But as I already did know what a practiced liar Bloomberg is, I never thought for a second he said a word of truth about his taxes or that he will ever release them.

You opened your post with Sir Walter Scott’s very apt ““Oh what a tangled web we weave, When first we practice to deceive.” With profound apologies to William Shakespeare for paraphrasing him, I close my comments with: “The former mayor doth protest too much, methinks.”